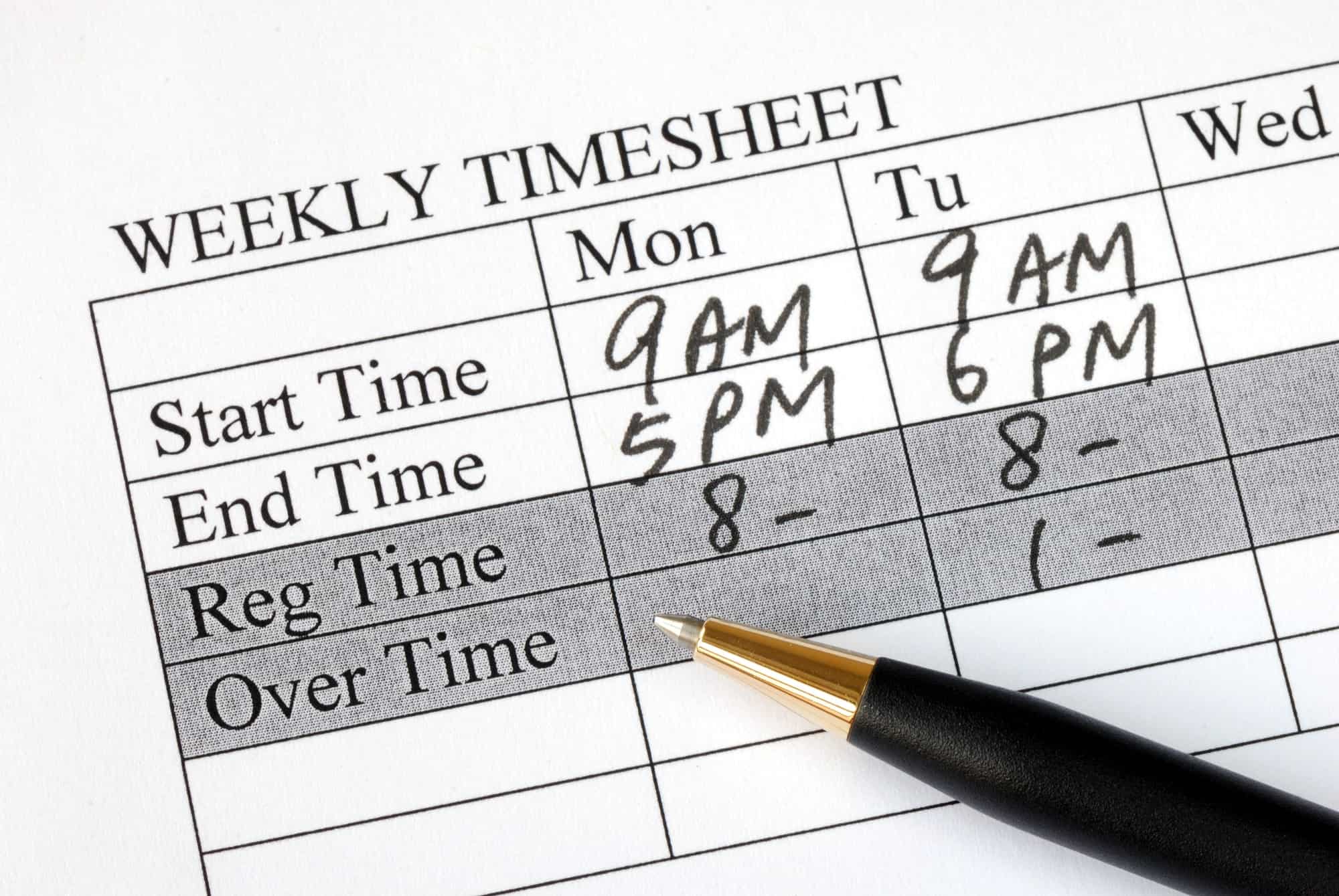 Overtime can be a point of contention and confusion between employers and employees. However, it remains part and parcel of business operations.

From how it’s paid to the concept of mandatory overtime, which employers can require from their employees, it can be tricky to understand what’s allowed and what’s not.

It is imperative, then, that employers know their overtime obligations, overtime provisions, and how to compute payment of overtime wages, above many things.

With that in mind, the following are some of the things employers must know about overtime to workers and their employees’ overtime rights, overtime eligibility, and overtime pay requirements.

Overtime refers to any scenario where you work hours as an employee, whether you’re paid the minimum wage or by the hourly rate, that go beyond your normally scheduled hours.

As far as federal law is concerned, the regular rates for overtime hours start to apply after 40 hours. If you work for eight hours a day, five days a week, you work 40 hours a week.

If you worked for more than eight hours a day, it could trigger overtime pay since you’d be going past 40 hours.

For salaried employees, whether or not they get overtime pay depends on their specific situation.

For example, you could be exempt from overtime pay if you earn more than a certain amount each year.

State laws require most employers to pay overtime hours, with a premium of 50% of the employee’s typical hourly wage.

An employee who works overtime then has to be paid time-and-a-half, and that pay should be specified as his or her earnings during overtime hours.

There are a lot of exceptions to overtime laws, though, including varying overtime requirements and special overtime rules.

For example, if you’re eligible for overtime compensation, you’re called nonexempt. If you aren’t eligible, you’re an exempt employee.

The FLSA is a broad, sweeping federal law covering quite a few pivotal aspects of the relationship between an employer and an employee.

The law has elements that employees have to be aware of, including overtime policy and overtime pay rules.

It’s estimated that more than 143 people in America have protection by the FLSA, which covers most employees.

For your business to be covered by FLSA, generally, you would have $500,000 or more in yearly sales.

Even if your business is smaller, but your employees work in interstate commerce, you may need to pay an overtime premium.

The rules for what constitutes interstate commerce are much broader than you might think.

For example, if your employees handle items from another state, you might have to follow FLSA rules.

Even on special occasions and rare circumstances when you have a business so small FLSA rules aren’t applicable, you might still have to pay overtime wages because of state laws.

The most common exemption to FLSA is called the white-collar exemption.

This means that the overtime rate rules don’t apply to executive, administrative, and professional employees.

Also, the restrictions might not apply to outside sales employees, employees working in some technology-based roles, and highly compensated employees.

When an employer is calculating overtime, again, according to FLSA, they have to pay at least one-and-a-half times the regular wage rate for all hours that were worked beyond 40 in a workweek.

The regular wage rate for employees that’s used in the calculation will usually include all the compensation they receive, but there are some exceptions.

Bonus pay and other forms of incentive payments, for example, are taken into consideration.

You have to calculate the total compensation and then divide it by the hours per workweek rendered by your employees to determine the regular wage range.

All compensable time can include the time an employee can’t use for their own purposes and unauthorized work time if you as the employer know about it or benefit from it.

Compensable time can also include the time an employee spends preparing for activities, occasional periods of travel time other than standard commuting time, and time spent at job-related training or meetings.

What Is Mandatory Overtime?

This means that as an employer, you require employees to work more than a scheduled 40-hour workweek. You can require the extra hours, and you don’t need the approval of your employees.

You can also fire an employee for refusing the overtime you mandate. That said, overtime can be made part of the professional duties and job duties of the employee.

Typically, just because they don’t want to, an employee can’t refuse mandatory overtime. There might be a few situations where that’s not true, though.

First, this isn’t the case if the overtime breaches a contract, and second, it is also not applicable when it could create a health or safety risk.

Another time an employee might not have to work mandatory overtime is if they aren’t being paid based on federal regulations and state law.

Finally, if there is a family emergency that’s protected under the Family Medical Leave Act (FMLA), the employee might not be required to work overtime.

Does that mean that it’s a good idea as an employer to put in place forced overtime? Probably not.

You have to consider that even though it might be technically legal, you could be putting yourself at risk for some adverse outcomes.

For example, it could diminish your corporate culture and reduce employee morale.

Your employees might also start to resent you. It can lead to higher levels of stress and fatigue among employees, and an employee can quit and then eventually take legal action against you.

Along with understanding federal laws related to overtime, it’s imperative to have a grasp of state laws where your business is located.

For example, in California, it’s required that you provide double pay for any hours worked over 12 a day or for more than eight hours on the seventh day of the workweek.

In Oregon, you have to pay overtime after 10 hours worked on any day for some manufacturing roles.

In Alaska, if your employee works more than eight hours in one day, you have to pay overtime.

If you’re found to be in violation of overtime laws , for example, if you didn’t pay it at all or didn’t calculate it correctly, you might end up having to pay damages, fines and penalties.

You could also face more damages if you broke applicable state laws.

If you are unsure of anything, the best thing you can do is talk to an attorney who understands both state and federal labor laws.

1. Does the current set of FLSA rules include severance pay?

While the FLSA has no requirement for severance pay, it becomes a matter of mutual agreement between an employee and the employer.

On another note, those with a clause of having severance pay in their employment contract may also seek assistance from the Employee Benefits Security Administration.

2. Does the FLSA have any provisions in line with women’s right to have compensated breaks, especially lactating mothers?

As of 2010, nursing mother employees are protected, with employers required by the FLSA to provide compensated breaks for those who would use their break time to express milk.

In fact, as long as a female employee is found not to be relieved from duty, her time spent even during her break time to express milk must be paid for.

3. According to the FLSA, how should employers keep tabs on their employees’ overtime records?

Keeping tabs of employees’ hour records and employee wages is an FLSA requirement. However, pay stubs are not required to be given by an employer.

4. What does the FLSA require about weekend extra pay or night work extra pay?

Again, this is another matter of mutual agreement between employee and the employer. That is given that FLSA does not require pay for working at night or the weekend.

Note, however, that nonexempt workers should not be paid less than the time for which they worked over a period of 40 hours in a week.

5. Does being a full-time or part-time employee matter in terms of FLSA’s rules?