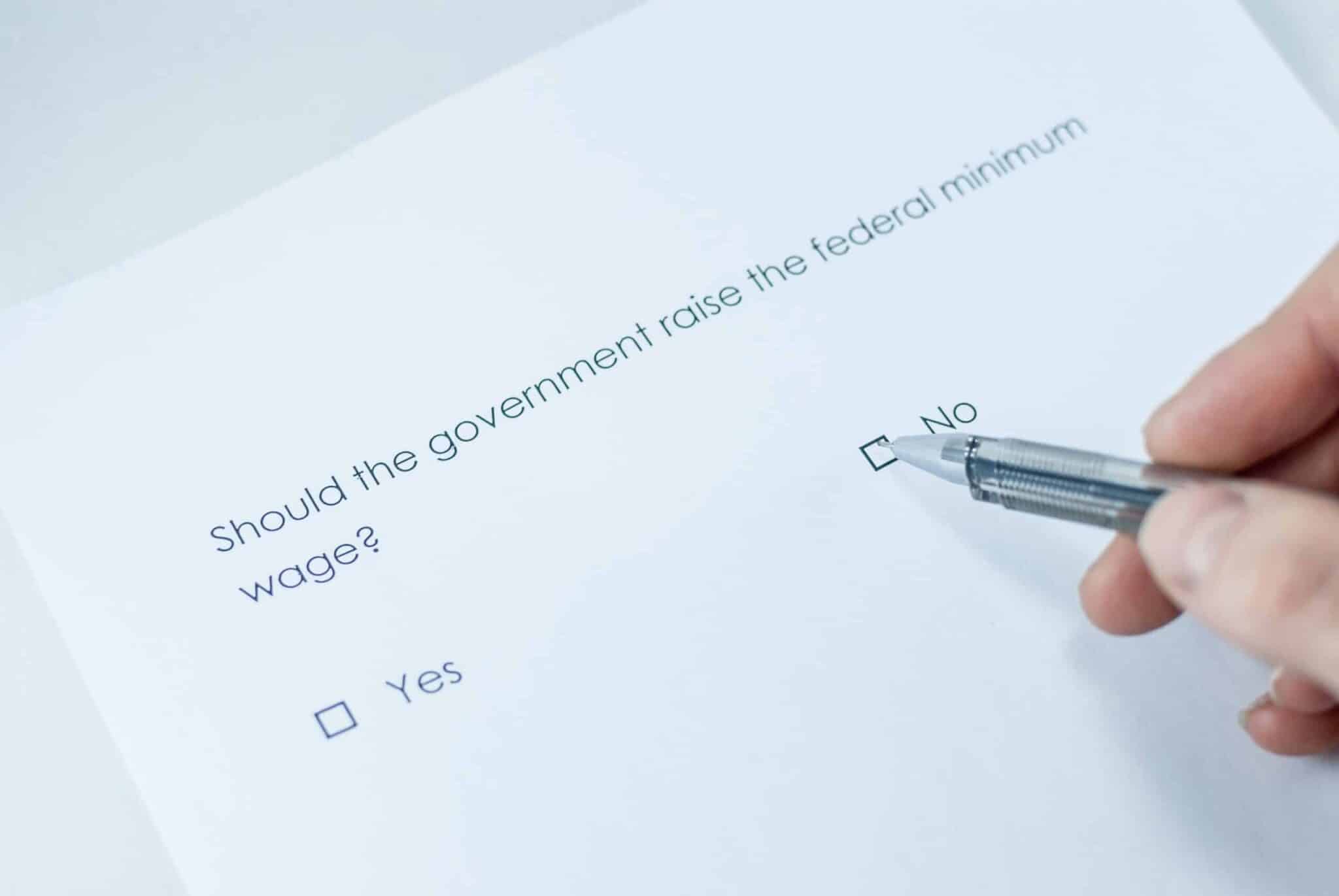 In October 2018, Amazon announced that it would pay its employees $15 an hour, starting November 1. The rate applies to “all full-time, part-time, temporary (including those hired by agencies), and seasonal employees across the U.S.,” according to an announcement made by the company. The wage increase also applied to Whole Foods and other subsidiaries. And in January 2019, Democratic lawmakers introduced a bill that would incrementally raise the federal minimum wage to $15 an hour over five years. A few states have also passed laws to bring their minimum wage up to $15 an hour. For example, New Jersey passed a law in February that will implement a $15 an hour wage by 2024. Whatever one’s opinion on a minimum wage of $15 an hour, that rate is being implemented across the country not only by legislators but also by at least one large employer. Therefore, employers should consider how an increase in the minimum wage may affect them.

For some employers, the effects of an increase are indisputable: higher labor costs must be passed on to customers as higher prices, which leads to a decrease in revenue, which in turn leads to fewer employees. To offset these trends, businesses that can automate do so as much as possible, further decreasing the number of employees. In addition, smaller businesses find themselves at a disadvantage because less capital allows for less investment in automation. For example, Crowe (aka the Center for Research on the Wisconsin Economy) offers a comparative analysis of two states with different minimum wages: Wisconsin and Minnesota. The analysis points out that “Beginning in 2014, the state of Minnesota began a series of minimum wage increases. By contrast, Wisconsin increased its state minimum wage in 2010 to keep pace with the federal minimum wage, but has not increased it since.” Crowe’s analysis concludes: “the minimum wage increases led to higher incomes for some workers, but lower employment particularly among young and low-skilled workers, and higher prices for the products of low-skilled labor. These negative impacts should give policymakers pause before they consider further minimum wage increases.”

There is another point of view, however, which states that the deleterious effect of increases in minimum wage, even on businesses that depend heavily on low-skill workers, may be exaggerated. For example, news site Quartz reports that data on the effect of minimum wage increases are hard to interpret. Quartz reports that “Contradictory findings, even by economists analyzing the same data sets, have been the frustrating norm in this field since David Card first proposed in the 1990s that a New Jersey minimum wage hike didn’t actually put people out of work.” In a pattern similar to that of a courtroom with dueling expert witnesses, opponents and advocates of increasing the minimum wage both cite studies and researchers to bolster their claims.

A guide on the topic published by UCLA Anderson Review flatly concludes:

[M]any studies find that minimum wage laws reduce employment, and many other studies on the exact same laws find they have little or no effect on jobs. Some 60 years and hundreds of research papers from prestigious universities, government agencies and private organizations have created little consensus on the subject, academic or otherwise. Just last year, separate Seattle minimum wage studies by researchers at the University of Washington and the University of California Berkeley suggested polar opposite effects.

So, while experts may argue about the general effects of minimum wage hikes on the economy, the National Conference of State Legislatures’ wage chart makes it clear that the pendulum is swinging toward increases. While Amazon and other large companies may be able to invest in automation and pass along increased wage costs to shareholders, for medium-size and small employers, the challenge is greater. Nevertheless, medium and smaller employers can follow a playbook similar to that of the large employers and examine several areas of potential cost savings.

For small and medium-sized employers, there is an obvious place to start when contemplating mandatory wage increases: figuring out how much they will cost. Every business is different; for some, an increase in the minimum wage to $15 will not make much difference, for any number of reasons. For others, this increase will definitely increase operating costs. In either case, the first step is to figure out how much a wage increase will cost your particular business. Whatever the cost, simply firing staff and raising prices, without making a more detailed examination, may not be the answer.

Once a picture is obtained of how much an increase will cost, the next item is to consider is how to make up that cost—and not necessarily through reducing employees.

The high cost of hiring and training new employees means it pays to retain existing employees. Some of this can be done for free with recognition and praise as well as with small periodic (daily, weekly, and/or) rewards, as well as promotions. Another way to maintain morale is, if possible, not to fire but rather not replace a worker who leaves, or to replace a departing worker with someone who works fewer hours. It may also be feasible to replace departing employees with contract workers. Another way to reduce staff is to increase automation. At a restaurant, for example, an ordering kiosk or improved POS can make things easier for customers while reducing labor costs. Similarly, instead of simply letting all seasonal workers go, personnel records can be compared with sales figures to see how staff levels and business demand can be optimized. Another way that personnel can be put to better use is cross-training, so that employees are better able to cover for one another when there are fewer people working. Productivity can be increased with cross-training as well, in addition to simply asking and/or requiring more of employees and providing them with the tools and equipment they need to accomplish more. What are some time-consuming tasks that can be eliminated, streamlined, or automated?

In addition, rather than raising prices across the board, sales can be examined for best sellers, what tends to sell with what, and what sells best according to time of day, month, or year. This information can be analyzed to create a new pricing strategy aimed at increasing revenue while taking likely customer behavior into account. This analysis can also help you make decisions on streamlining your offerings, eliminating items that are less profitable.

Analysis of sales numbers can also reveal when it may be better to have the business closed. If it is not profitable enough to keep the doors open at certain times, increased wage costs may be offset with a reduction in hours worked.

Finally, there are costs. Can reductions in expenses help cover the cost of wage increases? Where can spending be trimmed? Are there inefficiencies or unneeded expenses that can be eliminated from the budget? An analysis of your business’s data may find some answers.

Pew reports that the federal minimum wage has not risen since 2009. After a decade, there is renewed political will to increase the minimum wage to $15 an hour. Several states have already passed laws to effect this. For many medium-sized and small businesses, increases in the minimum wage will present a challenge to maintain profitability that will need to be met by overall efficiency.

What Recent Studies Reveal about the Workplace