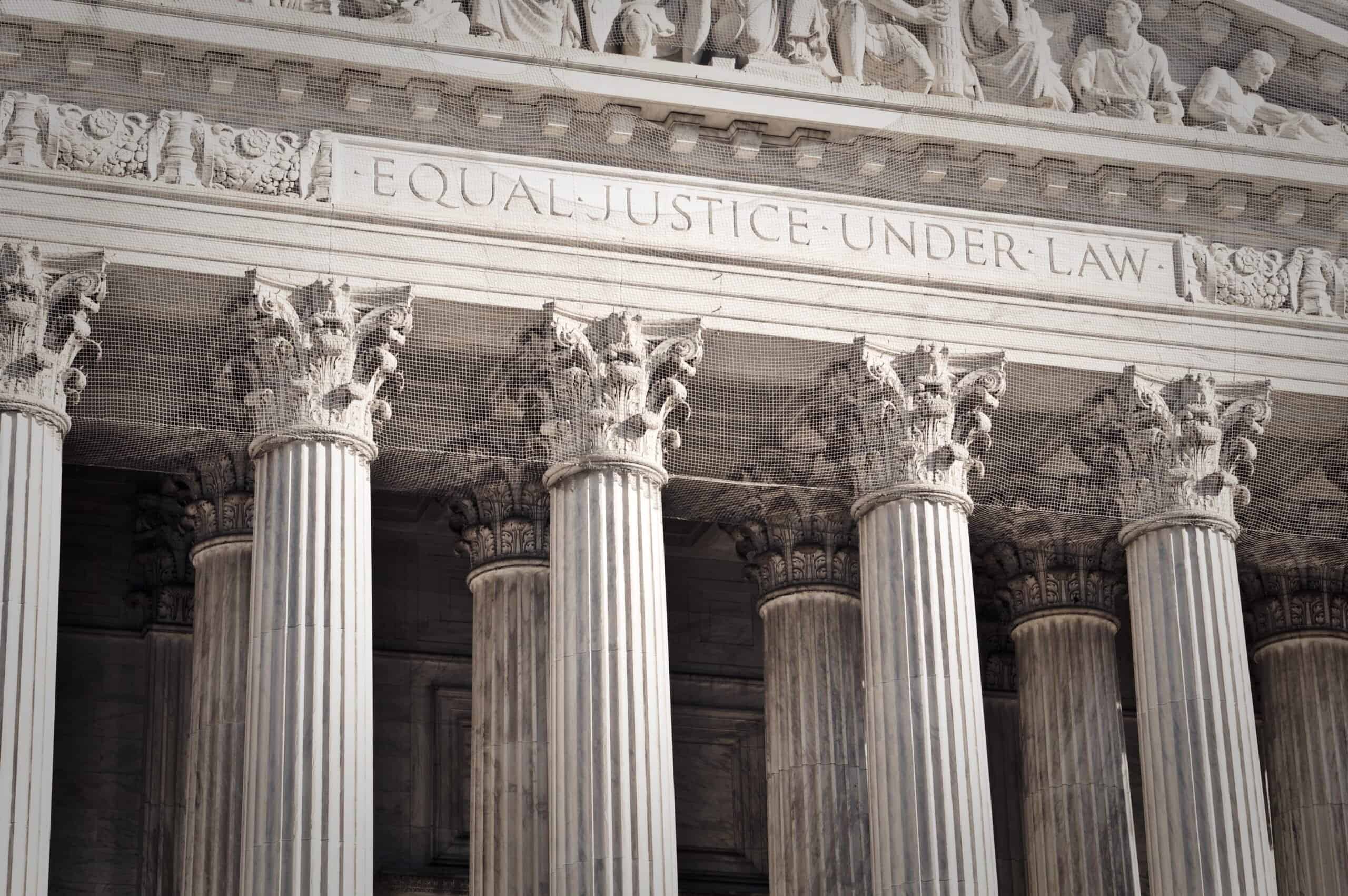 As the Supreme Court puts it in National Federation of Independent Business v. OSHA:

Many States, businesses, and nonprofit organizations challenged OSHA’s rule in Courts of Appeals across the country. The Fifth Circuit initially entered a stay. But when the cases were consolidated before the Sixth Circuit, that court lifted the stay and allowed OSHA’s rule to take effect. Applicants now seek emergency relief from this Court, arguing that OSHA’s mandate exceeds its statutory authority and is otherwise unlawful. Agreeing that applicants are likely to prevail, we grant their applications and stay the rule.

This process began on September 9, 2021, when President Biden announced a new plan to require more Americans to be vaccinated. As part of that plan, the president proposed that the Department of Labor (DOL), of which OSHA is a part, would issue an emergency rule requiring all employers with at least 100 employees to have a system in place to ensure their employees are fully vaccinated or show a negative test at least once a week. Such a rule would impose vaccine requirements on about 84 to 100 million Americans, or two-thirds of all workers. Two months later, OSHA issued the rule by publishing it in the Federal Register. The rule has exemptions for those who work exclusively remotely or outdoors. Otherwise, all employers with 100 or more employees must have their employees vaccinated (or get tested negative weekly). Unvaccinated employees would be required to wear a mask while working. The rule requires employers to verify the vaccination status of each employee and maintain proof of it.

The rule resulted in suits being filed in multiple courts of appeal across the country. The Fifth Circuit imposed a stay on the rule. The Fifth Circuit held that OSHA had exceeded its authority by issuing the emergency rule. Under a randomized selection process, the Sixth Circuit was chosen to review the Fifth Circuit’s decision under consolidation of cases nationwide. The Sixth Circuit dissolved the stay, arguing that OSHA had the authority to issue the emergency rule, given that OSHA had before issued rules for infectious diseases and that statutory law, including the Occupational Safety and Health Act of 1970, clearly allowed OSHA to issue the rule. The appellants immediately filed applications with the Supreme Court, which has disagreed with the Sixth Circuit. Justices Stephen Breyer, Sonia Sotomayor, and Elena Kagan dissented.

OSHA is an administrative agency. The Supreme Court holds that “Administrative agencies are creatures of statute. They accordingly possess only the authority that Congress has provided.” The Supreme Court sees the ordering of “84 million Americans to either obtain a COVID–19 vaccine or undergo weekly medical testing at their own expense” as no “everyday exercise of federal power.” “It is instead a significant encroachment into the lives–and health–of a vast number of employees.”

The Supreme Court’s ruling holds that the Occupational Safety and Health Act of 1970 (the Act) “empowers the Secretary [of Labor] to set workplace safety standards, not broad public health measures.” Furthermore, “no provision of the Act addresses public health more generally, which falls outside of OSHA’s sphere of expertise.” The Supreme Court holds that “Although COVID–19 is a risk that occurs in many workplaces, it is not an occupational hazard in most. COVID–19 can and does spread at home, in schools, during sporting events, and everywhere else that people gather.” Thus COVID-19 is not exclusively a workplace hazard and OSHA does not have statutory authority beyond the workplace.

As the Supreme Court puts it: “OSHA is limited to regulating ‘work-related dangers,'” and COVID-19 is not, or not exclusively, a work-related danger. “Although COVID-19 is a risk that occurs in many workplaces, it is not an occupational hazard in most.” The Supreme Court further holds that “Permitting OSHA to regulate the hazards of daily life–simply because most Americans have jobs and face those same risks while on the clock–would significantly expand OSHA’s regulatory authority without clear congressional authorization.” Finally, “OSHA’s indiscriminate approach fails to account for this crucial distinction–between occupational risk and risk more generally–and accordingly the mandate takes on the character of a general public health measure, rather than an ‘occupational safety or health standard.'”

Moreover, the Supreme Court holds that the rule is unprecedented in that never before in OSHA’s history has the agency promulgated such a broad rule. “This ‘lack of historical precedent,’ coupled with the breadth of authority that the Secretary now claims, is a ‘telling indication’ that the mandate extends beyond the agency’s legitimate reach.”

Ultimately, the Court has held that

Although Congress has indisputably given OSHA the power to regulate occupational dangers, it has not given that agency the power to regulate public health more broadly. Requiring the vaccination of 84 million Americans, selected simply because they work for employers with more than 100 employees, certainly falls in the latter category.

The Supreme Court has overruled the Sixth Circuit in allowing the stay on OSHA’s vaccination rule to continue. In ruling that OSHA exceeded its authority in issuing the rule, the Court has definitively settled the issue of whether the OSHA rule will take effect. Employers with more than 100 employees will not have to mandate that employees get vaccinated or tested weekly and wear a mask if not vaccinated. While employers can still voluntarily mandate mask-wearing and vaccines, the federal government cannot.