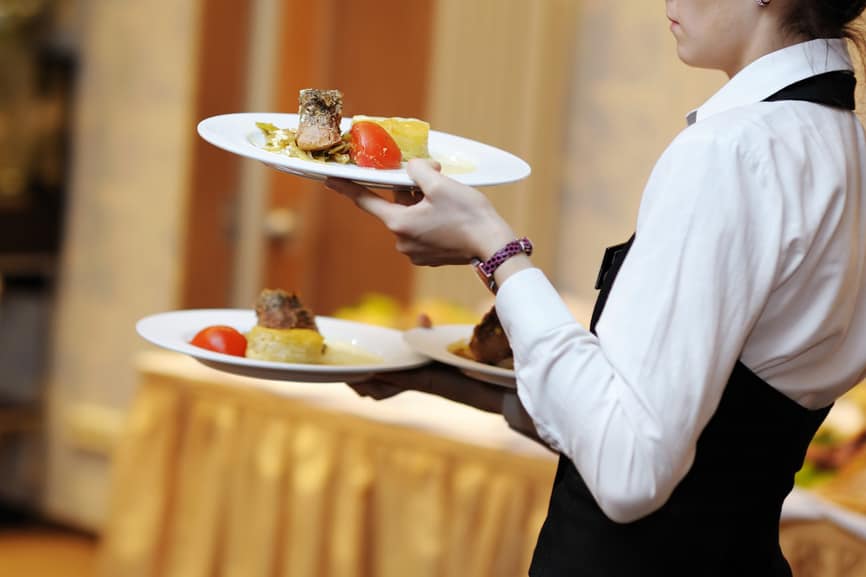 In order for an employee to be eligible to be paid a tipped minimum wage, they must qualify as a “tipped employee” and not all employees who received tips in the course of their employment qualify. The Fair Labor Standards Act (FLSA) defines a “tipped employee” as someone in an occupation in which he or she customarily and regularly earns more than $30 per month in the form of tips. Most state laws that allow employers to pay a tipped minimum wage have a similar definition of a tipped employee, although the required amount of tips earned can vary from state to state. Similarly, some states are more restrictive about which occupations fall within the tipped category.

Minimum wage and the tip credit

An example of how it works

To help us understand how the tip credit works, I’ll use an example of a server at a restaurant. The server is paid $2.13 per hour in compliance with federal law. During one given workweek, the server works 30 hours and earns $200 in tips. Thus, her total compensation is $263.90 (30 hours at $2.13 plus $200 in tips). Based on these numbers, the server’s effective hourly rate is approximately $8.80, which is greater than the current federal minimum wage of $7.25. Thus, the employer can pay the employee wages of $63.90 (30 hours at $2.13) in her paycheck and, with the tip credit, meet the standard minimum wage requirement.

Using the same example, but adjusting the amount of tips, let’s assume the server only earned $100 in tips during the workweek. This shifts her initial total compensation to $163.90 ($63.90 in wages and $100 in tips), for an effective hourly rate of $5.46. In this scenario, the employer would be required to pay the servers $53.50 in wages in addition to the $63.90 already earned, for a total of $117.50, to be compliant with its minimum wage obligation, because the tip credit failed to make up the difference between the tipped minimum wage and that standard minimum wage.