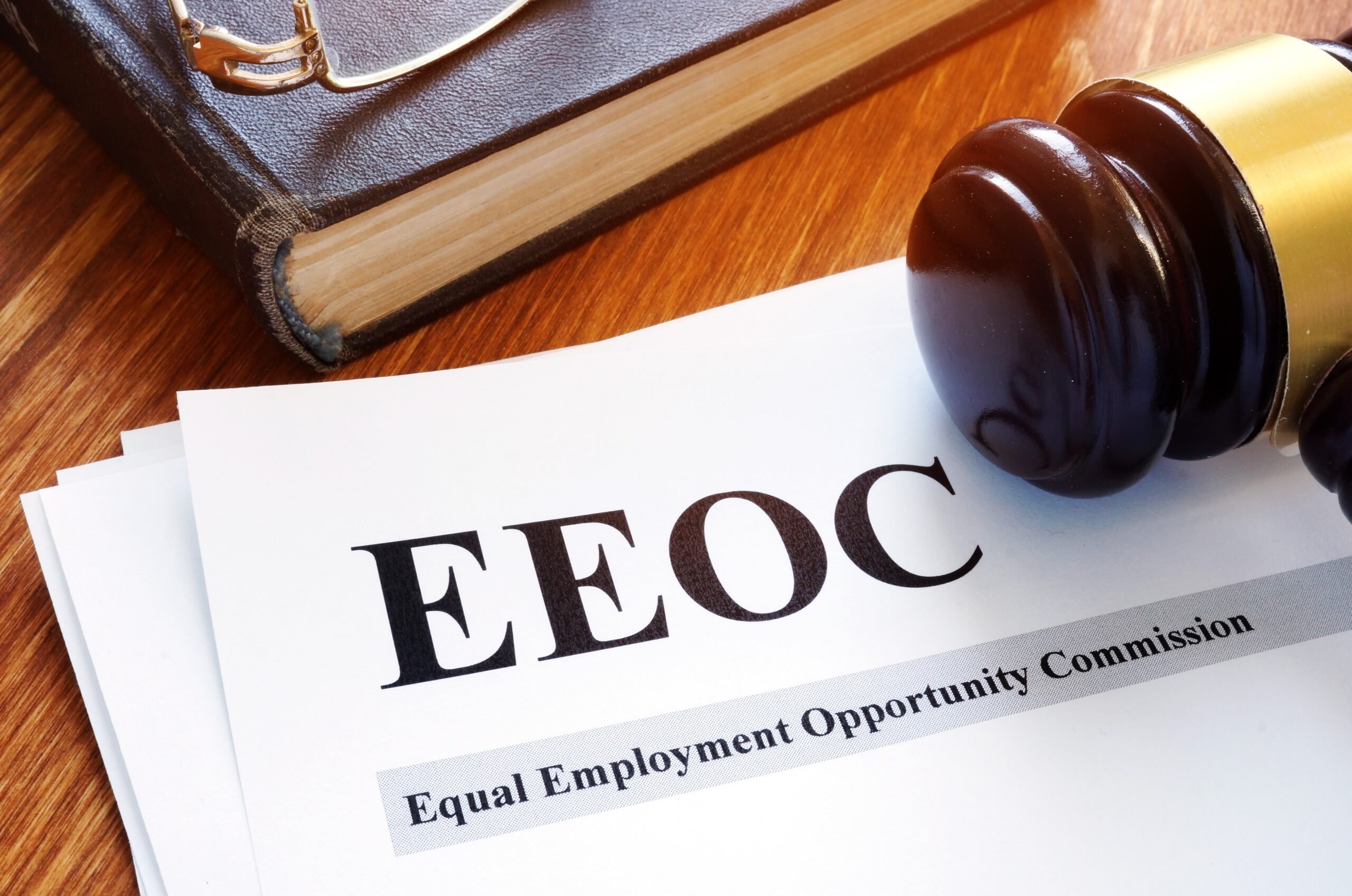 The Equal Employment Opportunity Commission (EEOC) is charged with enforcing certain areas of employment law. One of these is Title VII of the Civil Rights Act of 1964. Title VII protects applicants and employees against discrimination based on race, color, religion, sex, and national origin.

Title VII prohibits employment discrimination based on gender identity or sexual orientation. Discrimination based on sex occurs when sexual harassment takes place. Sexual harassment takes many forms, including words, gestures, and touching. It is more than the occasional remark. If it is persistent, it constitutes a hostile workplace, which violates Title VII. Applicants and employees subjected to sexual harassment can complain to the EEOC, which will investigate the claim and, if sufficient evidence is found, pursue the case via the EEOC’s conciliation procedure. If the conciliation process fails, the EEOC can take the case to federal court.

Retaliation against an employee for complaining about sexual harassment is also an actionable offense. If an employee complains of sexual harassment to a supervisor, manager, or HR, the employer should make sure that the employee is not retaliated against. The EEOC prosecutes retaliation as a separate offense. Retaliation is any adverse employment action, whether firing, constructive discharge, demotion, or rescheduling to a less desirable schedule, among other things. Under the law, the employer must investigate the complaint and stop the harassment.

Recently, Huntington Ingalls and NSC Technologies settled an EEOC sexual harassment and retaliation suit for $350,000. As indicated in a press release,

According to the EEOC’s suit, female employees whom NSC sent to work on a cleaning crew at Huntington Ingalls’s shipyard in Pascagoula, Mississippi were subjected to a sexually hostile work environment and retaliation for complaining about the sexual harassment. Specifically, a male Ship Superintendent employed by Huntington Ingalls made sexual comments to female employees, engaged in lewd acts in front of them, threatened to terminate them if they did not acquiesce to his sexual advances, and sexually assaulted two female employees.

After failing to resolve the complaints under the EEOC’s voluntary conciliation process, the EEOC filed suit in federal court. The parties settled the suit. Under the settlement, the defendants were bound under a thirty-month consent decree and agreed to pay $350,000 to at least three victims. Under the decree, the defendants will develop or revise policies and procedures to prevent and correct sexual harassment. The companies were also required to conduct training for employees and managers to ensure compliance with these policies and the law. The EEOC was charged with monitoring the companies’ compliance for the duration of the decree.

Sexual harassment can include anyone in the workplace, including clients and customers. Recently, Kelley Williamson Company, a gas station and convenience store operator in Illinois, settled a lawsuit with the EEOC in which the defendant was charged with sexual harassment and improper disclosure of confidential medical information. A female employee at Kelley Williamson’s Byron gas station was subjected to months of sexual advances and crude jokes by a male customer. The employee reported the customer’s conduct to Kelley Williamson’s management, but the company failed to act promptly to stop the harassment. Also, according to the EEOC’s investigation, a store manager shared the employee’s medical information with other employees who had no legitimate need to access it. Sharing medical information violates the Americans with Disabilities Act (ADA), which requires that employers keep medical information collected from their employees confidential.

The case was settled with a consent decree. In addition to paying $75,000 to the employee, the consent decree provides for training on Title VII and the ADA, and compliance-related reporting to the EEOC. Under the terms of the consent decree, the EEOC monitors compliance with these obligations for the next four years.

As stated in a press release about the settlement,

“Every person is entitled to a safe and respectful workplace,” said Greg Gochanour, regional attorney for the EEOC’s Chicago District. “Employers have a legal obligation to prevent sexual harassment at work and preserve the confidentiality of employees’ private medical records, and the EEOC is committed to ensuring that these obligations are met.”

The EEOC plays a major role in the enforcement of Title VII.

In another case, a major New England McDonald’s owner-operator was ordered to pay $1,600,000 to settle an EEOC class action for sexual harassment and retaliation. Vermont-based Coughlin Inc., the EEOC charged, allowed a hostile workplace against a class of workers, mostly teenagers. Coughlin operates ten McDonald’s restaurants in Vermont and New Hampshire. In addition to the payment, Coughlin is to provide other relief to settle the lawsuit.

According to the EEOC’s lawsuit, employees at the Randolph, Vermont McDonald’s location were subjected to a hostile working environment by a male night shift manager, who touched them inappropriately, groped their genitals, breasts, and buttocks, and subjected them to sexually explicit derogatory comments and threats of physical harm. The employer also retaliated against at least one employee by revoking her disability-related reasonable accommodation and forcing her to quit after she complained.

As stated in a press release about the case, “combating workplace harassment and retaliation is a top priority for the EEOC,” said EEOC Chair Charlotte A. Burrows. “The agency will continue to vigorously enforce Title VII, particularly in cases involving teenage workers who may be more vulnerable to being taken advantage of by coworkers or their superiors.”

The EEOC vigorously pursues complaints of Title VII violations. Employers should train employees about Title VII and investigate claims of sexual harassment. Substantiated claims should be dealt with promptly, with appropriate action taken against those who commit sexual harassment.

How long does an EB-1 take if you want to hire an alien employee?