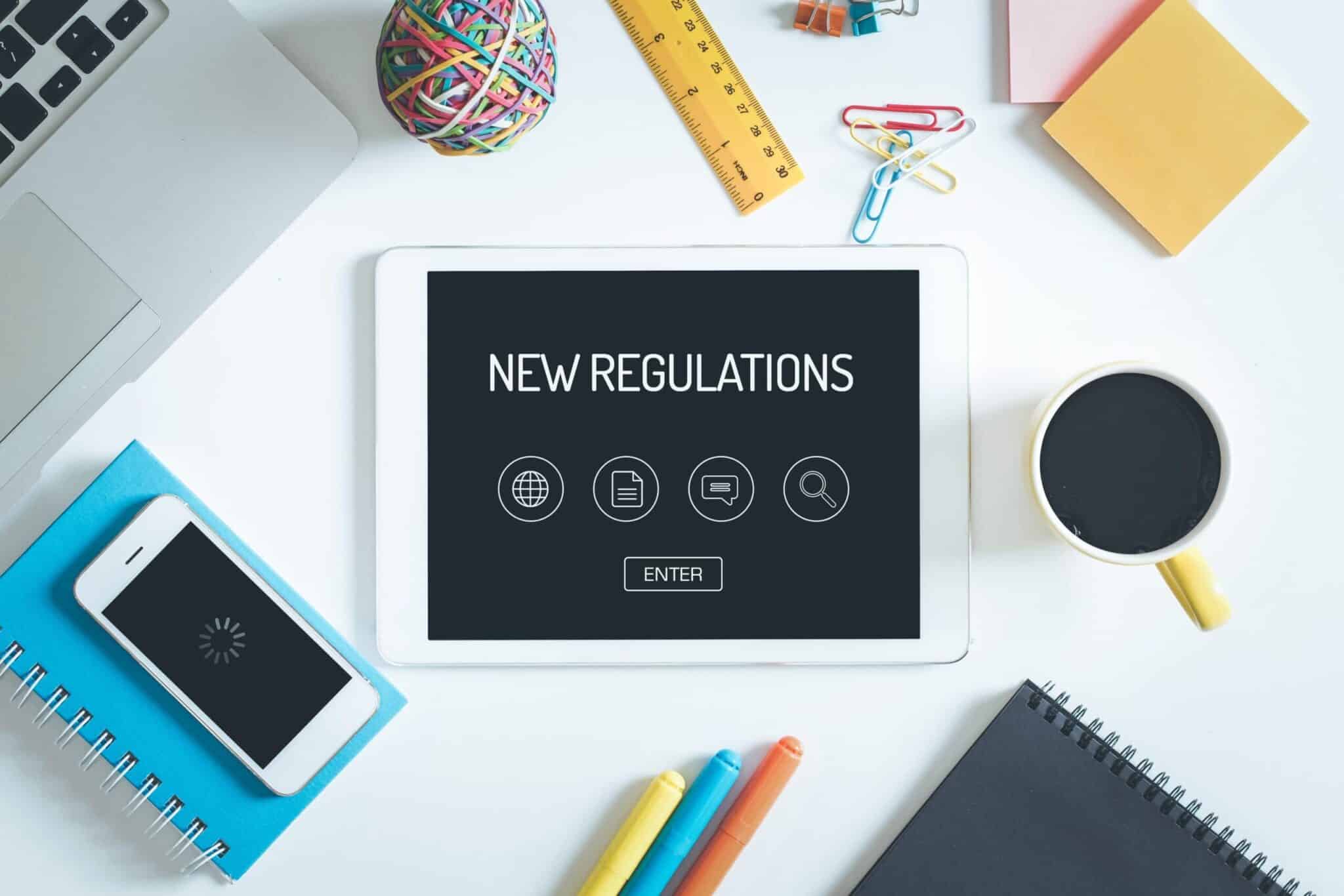 The federal government has made several recent announcements regarding employment regulations. These proposed or in-the-works regulatory changes have a common theme: rolling back the more proemployee regulations of the Obama administration in favor of employers. As these proposed rules make their way through the legal and bureaucratic process, employers will want to stay informed so they may be ready when the new regulations take effect. The proposed rule changes affect franchises, EEO-1 reports, overtime, and the application of the regular or basic rate when calculating overtime.

On April 1, the Department of Labor (DOL) announced a proposed rulemaking regarding joint employer status. The rule intends to “revise and clarify the responsibilities of employers and joint employers to employees in joint employer arrangements.” May a franchise business and the franchiser by held jointly liable for violations of the Fair Labor Standards Act (FLSA)? For example, may employees of a fast food restaurant seek redress for an FLSA violation only from the owner of their local restaurant, or from the owner and the chain? According to various sources, the Trump administration is seeking to finalize its rescission of the Obama administration’s answer to this question, which favored employees. The franchise industry has argued that liability for FLSA violations should be assigned to the individual franchisees, while the Obama administration sought to make the franchisers open to liability as well.

The Trump administration’s proposed rule contains a four-part test to determine whether a chain may be held jointly liable. The four parts address whether the employer has the power to:

The DOL has also published a web page that contains examples of how this proposed rule may be applied. The four-part test, however, clearly favors classifying the franchisee alone as the employer, since chains rarely exercise that type of control over the employment of franchise employees. The International Franchise Association, a franchiser trade group, has endorsed the proposed change, issuing a press release that states: “We are pleased the Labor Department has taken this important step in removing a cloud of uncertainty”” over the future operations of chains and local owners. On the other hand, from the point of view of Sharon Block, a former Obama Labor Department official, the proposed new rule is “going to introduce tremendous uncertainty into the lives of American workers who are subject to these business models.” The DOL has published the proposed rule in the Federal Register so that comments may be submitted by June 10.

The DOL is not the only federal agency working to roll back rules implemented under the previous administration. The Equal Employment Opportunity Commission (EEOC) is currently involved in litigation regarding EEO-1 Reports, which are required of employers with 100 or more employees (and federal government contractors or first-tier subcontractors with fifty or more employees and a federal contract, sub­contract or purchase order amounting to $50,000 or more). The reports track the race/ethnicity, gender, and job category of employees as a means of monitoring compliance with the EEOC’s regulations. In 2016, the Obama administration added pay and hours worked to the information required. This was done to identify differences in rates of pay for men and women.

The Trump administration rolled back this new requirement and got sued by the National Women’s Law Center. On March 4, the U.S. District Court for the District of Columbia handed the administration a defeat, upholding the additions to the reporting requirements. A stay has been placed on that ruling, however. What does all this mean for employers, aside from uncertainty? As JD Supra puts it: “[E]mployers should begin collecting pay data of their workforces and plan to timely complete that component of their EEO-1 Reports in the event” that they are required to report on pay. The EEOC, in the meantime, has announced that “The deadline to submit EEO-1 data will be extended until May 31, 2019” and that “[d]etails and instructions for the 2018 EEO-1 filers, including the exact date of the survey opening, will be forthcoming. Filers should refer to the EEO-1 website…in the coming weeks for updates on the new schedule.” Reportedly, the EEOC’s reporting site does not include requests for pay data. The requirement may be reinstated, however, so employers should be prepared to submit the additional data, perhaps on short notice.

Employers that may feel a bit jittery about possible sudden changes in EEO-1 reporting requirements may also recall a similar feeling from the back-and-forth behind the recent statements from the DOL regarding overtime. On March 7, the department announced a “Notice of Proposed Rulemaking (NPRM) that would make more…American workers eligible for overtime.” The announcement further states:

Under currently enforced law, employees with a salary below $455 per week ($23,660 annually) must be paid overtime if they work more than 40 hours per week. Workers making at least this salary level may be eligible for overtime based on their job duties. This salary level was set in 2004.

This new proposal would update the salary threshold using current wage data, projected to January 1, 2020. The result would boost the standard salary level from $455 to $679 per week (equivalent to $35,308 per year).

Missing from this summary is the story of how (in what by now should be a familiar pattern) the Trump administration rescinded a previous rule change by the Obama administration that would have raised the overtime rates more. This change “was enjoined by the U.S. District Court for the Eastern District of Texas on November 22, 2016,” and that decision was held in “abeyance pending further rulemaking regarding a revised salary threshold.”

Some key elements of the revised rule are:

A complete summary may now be found in the Federal Register. If this proposed increase becomes reality, the DOL estimates that 1.1 million currently exempt employees would become eligible. Employers should therefore review the proposed overtime rules to see which employees would be affected and what the cost may be.

Another regulatory proposal addresses also addresses overtime, in particular how it is calculated. Unlike the previous proposals, however, this proposal does not have its roots in a reversal of a rule created by the previous administration. According to the DOL, this proposed change in overtime calculation would allow employers to offer perks that they might not otherwise be able to afford. Specifically, the DOL lists “ancillary benefits may be excluded from the regular rate” for purposes of calculating overtime:

With this clarification, the DOL hopes to keep regulatory pace with employee benefits packages that have become common in the many years since overtime calculation regulations were last amended.

While the previous regulatory proposals and counterproposals may have caused employers some anxiety, the DOL has expressed the hope that this last proposal “will encourage some employers to start providing certain benefits that they may presently refrain from providing due to apprehension about potential overtime consequences, which in turn might have a positive impact on workplace morale, employee compensation, and employee retention.”

In March and April, the Trump administration announced several new regulations that, once implemented in whatever their final form may take, are sure to affect employers. For the most part, these proposed rules reverse or revise rules proposed by the previous administration. While this political tug-of-war may have caused some worry among businesses striving to stay legally compliant, in general the new rules bode well for employers.

What Research Tells Us about Multitasking

How to Manage Political Conflicts in the Workplace