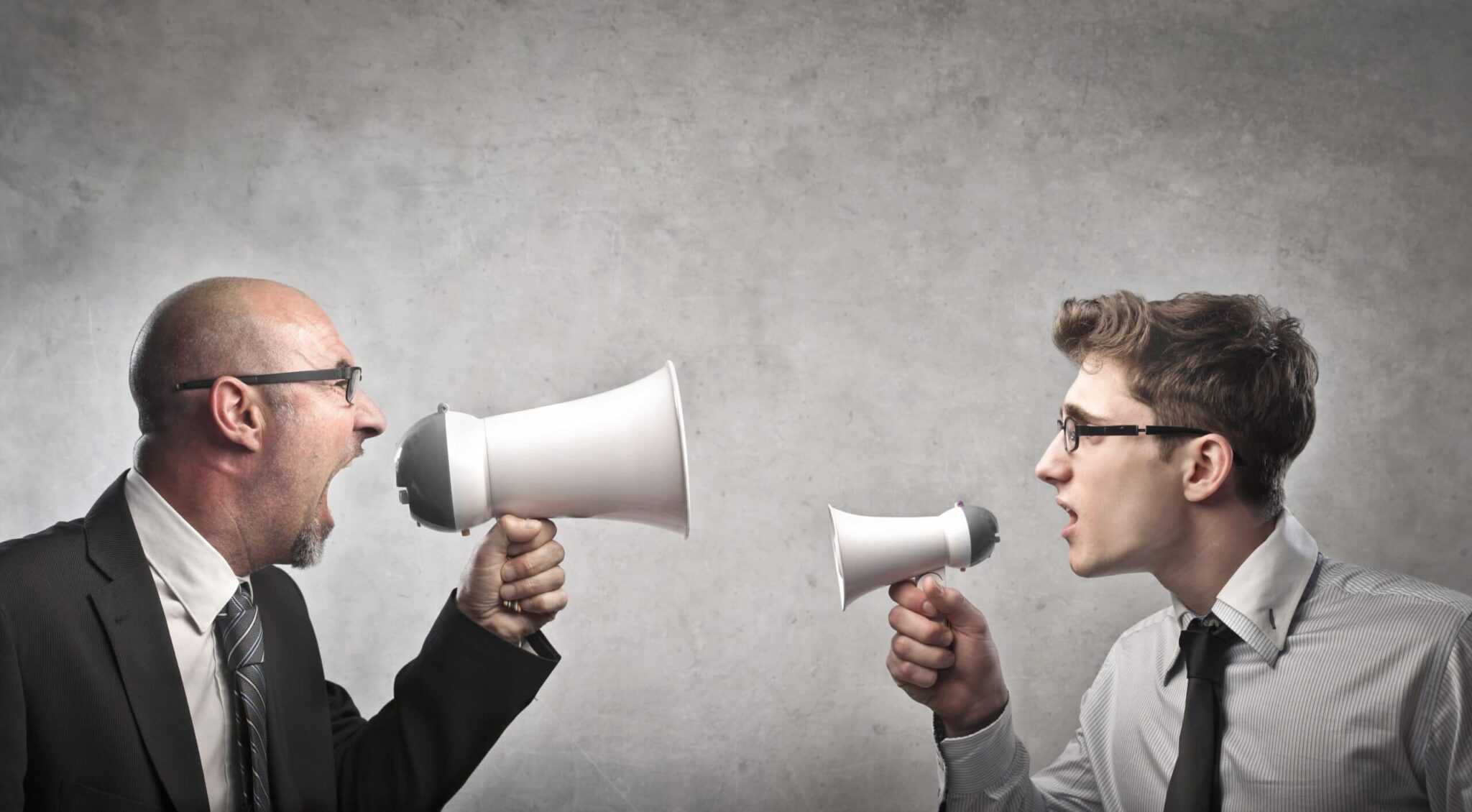 One in ten American workers have experienced tension or stress from recent political discussions in the workplace, according to a survey conducted by the American Psychological Association.

Office discussions about current affairs are to be expected, but when opinions and emotions run high, it’s easy for political talk to escalate and irritate sensitivities in other people. Well-meaning political debates can quickly turn sour and can go as far as triggering claims of a “hostile” work environment. To help prevent possible political disharmony, I will give you some tips on what to watch for and what to do to keep your workplace in the neutral zone.

With the current media focus on political topics such as immigration, healthcare, and women’s issues, it’s easy to see how a discussion can be perceived as prejudice or hostile and potentially violate workplace discrimination and sexual harassment laws.

Conversations that include race, national origin, sex, age, religion, or other protected classes can leave someone within earshot feeling uncomfortable about the political banter. There is the potential for an employee to claim they are being harassed for their political beliefs. Although political affiliation is not a protected class, inappropriate behavior toward that person can qualify as abusive conduct, with malice, that a reasonable person would find hostile or offensive, that violates equal employment opportunity laws.

With a diverse workforce, you are bound to have employees with differing political beliefs, and it’s important to watch for subtle signs of retaliation. Politics are as personal to some people as their sports teams, and disagreements can instigate them to become outspoken champions of their side and can resort to passive-aggressive behaviors such as: ignoring someone entirely, being late with work projects so the other person can’t finish theirs, favoritism, giving bad performance evaluations, or being rude or condescending.

If you notice employees displaying passive aggressive behaviors, take them aside immediately and respectfully address the issue. Letting the behavior continue will slowly dismantle your employee morale and create mistrust in the workplace. You don’t have to make it an official reprimand, but it’s imperative that you let the employee know that you see what they are doing and that it is inappropriate.

Your company’s code of conduct policy defines how your employees should act on a day-to-day basis. In most cases, reprimands occur when an employee’s conduct interferes with his/her work activities, but if a political debate disrupts the workplace, it can result in a violation of the policy.

Many people believe that they have a constitutional right to free speech; however, this does not apply in most workplaces. Private employers are allowed to set rules and write policies around political talk and politically motivated activities. While you may not want to ban all political discussions from the workplace, you can establish policies to discourage political conversations that include comments about the specific protected classes.

Discussing politics at work shouldn’t be a problem, as long as it’s done respectfully and doesn’t cross over into discriminatory comments or actions. Training your employees on ways they can signal coworkers when they are beginning to feel offended is an effective way to empower employees and keep a neutral work environment. Taking an anonymous survey on how people are feeling about political conversations is an easy and private way to gather information from your employees.

The best case scenario for handling political conflicts is for the offended employee to ask their coworkers politely to take their conversation elsewhere, but not everyone has the ability to confront so openly. A company e-mail with suggestions for coworkers to address political conflicts by sending an email or text, or asking a manager to deliver the message is an easy and neutral solution. By sending a company e-mail, it puts everyone on the same page and doesn’t single anyone out who chooses to use the suggested options. Be sure to specify the consequences that could result if the coworkers retaliate or do not make an effort to comply with the employee making the request.

No policy says employees have to like everyone they work with, but there are policies that say that you are expected to work together respectively, despite differences, and achieve the company’s goals. Use individual coaching moments to discuss with your employees the benefits of diversity and to teach them tolerance and respect.

If you hear a political conversation taking place be the first to comment on it and reinforce a neutral environment–simply say, “I hear that you are discussing politics, and that’s OK–I just want to remind you to keep it tolerant and respectful.” The key is to keep your observation neutral, so you’re not singling out certain political views or only enforcing a policy from one perspective. If a discussion starts to move away from polite differences and in the direction of complete disagreement–teach employees to agree to disagree, and to walk away and take some space away from one another.

In conclusion, when political opinions disrupt your employees, it is important to address the issue and make adjustments before it negatively affects your business. Remember, as an employer; you’re responsible for keeping your work environment safe and free of hostility. Any concerns, comments or grievances from employees must be taken seriously and addressed appropriately. The future state of political affairs is only becoming more controversial, and it would be a good idea to retrain your employees on the code of conduct and discrimination policies in relation to political conversations.

How HR Can Successfully Transition Employees Through Mergers and Acquisitions