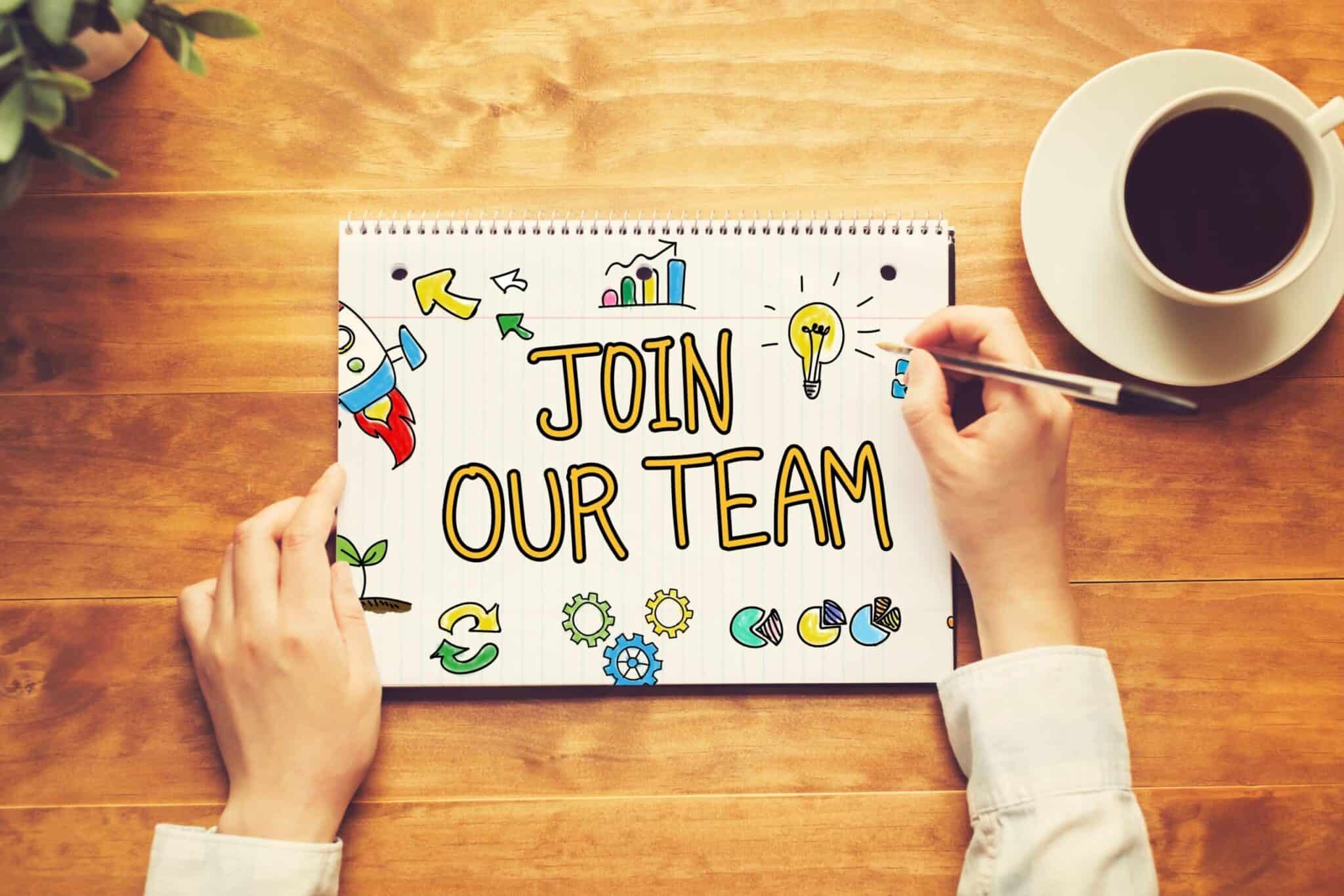 Finding the right person for the job is always a challenge. If one job is advertised, it is likely to receive more than 100 applications, which can be overwhelming. If a job is not advertised, however, the best candidate may be missed. One traditional method of finding employees–placing an ad and waiting for applicants to answer–is passive. This method limits its pool of potential employees to those who spot and answer the ad. Another method, recruiting, is active. It searches for qualified people and invites them to apply.

To be effective, recruiting must strike a balance between two goals. One is to fill the position in a timely manner, while the other is to be thorough in the screening process. In the steps that follow, a significant challenge is to maintain this balance between haste and caution. For many employers, frustration can set in not only when good candidates find opportunities elsewhere but also when someone is hired who proves to be unsuitable.

Step One: Describe Who You Are Looking For Exactly

Most job openings are never advertised. When a need arises, the informal network of friends and colleagues is often all that’s needed to find a candidate. This system does not always work, however, and it cannot be relied upon to find the best candidate out of a large pool of potentials. Thanks to the internet, it is possible to reach around the country or the world for the perfect candidate. For employers with highly specific needs, recruiting may well be a necessary step, and the first question to address is how to describe the experience, knowledge, and abilities that are needed. Clarification of what is specifically needed helps the employer narrow its search, and it helps applicants decide whether they should apply.

Step Two: Decide on How Much You Will Pay to Find Them

The next step is to decide how much to spend looking for the right candidate. Should an outside recruiter be hired? Will the employer use a vendor’s application software? If the recruiting is to be done in-house, how much employee time will be dedicated to the task, and what sort of metrics will be used to evaluate the outcome? A rule of thumb for recruiters is about 20 percent of the first year’s salary for the position.

Assuming all or part of the recruiting process is to be guided in-house, the next step is to create the right pitch. In order to stand out from the usual lists of skills and requirements, a little creativity, even humor, can attract more eyes to the job announcement. For example, not long ago the city of Los Angeles got some free advertising for a job opening by using a little humor. It created a poorly laid out help-wanted ad for a graphic designer using MS Paint or some similar free illustration program. The ad got noticed by a widely read local blog, and this doubtlessly increased the number of well-qualified applicants.

A little creativity can help get more attention, but the specifics developed in the first step are still needed for screening both by applicants and the employer. Applicants should be able to tell whether or not they should apply, and they should feel like your company is a good place to work. If an online application process is going to be part of the recruitment, another element to consider is a quiz. It can be a personality test, a basic skills test, and/or a series of job-appropriate, legally compliant interview questions.

Most jobs are filled without ads. The ad developed in step three does not necessarily have to find its way to publication; it can also be used as a script for a word-of-mouth search. Coworkers, managers, and their colleagues can be asked to let people in their personal network know about the position, and they can cite the job description when talking to their contacts. In a large company, it may also benefit to search internally. Someone in the company or an outside recruiter may be tasked with searching online and through colleagues for someone who matches the listed requirements.

This is another reason to have fully considered what qualifications are essential. Recruiters should know exactly what you want and what the company culture is. The ad must convey this information accurately. There are vendors that can perform as much of the recruiting task as an employer needs, whether it be searching for candidates to releasing the ad to the internet, providing the applicant tracking, and conducting initial screening.

When balancing the need to fill the position as soon as possible against the need to be thorough, delay often wins. One way that delay can tip the scales is by an insistence that every candidate match all the criteria exactly. On the other hand, a resume that shows initiative, creativity, and problem-solving skills should not necessarily be overlooked because it does not list each item on the checklist. If all the screened candidates are alike, and there is nothing terribly exciting about any of them, it may be time for a fresh look or even a renewed search.

Step Six: Create a Rubric and Use It Consistently

Once the job announcement has been made and applications have been processed, it is time to start the hands-on selection process. In order to find the best candidate, it is worthwhile to take steps to eliminate subtle biases that could be the result of outside influences such as having a headache while performing an interview or not liking the color of someone’s shoes. Just as teachers use a rubric when grading papers to prevent such distractions from influencing grades, those tasked with initial screening can use a rubric to evaluate application packets and initial interviews. “Rubric” does not mean “robotic,” however.

Step Seven: Don’ Be Afraid to Be Creative

The rubric is a useful guide, but creativity and spontaneity during interviews are extremely useful. Both parties to an interview can fall into the trap of asking standard questions and providing standard answers. To break out of this pattern, interviews may be conducted in other places than an office or conference room. They may be conducted at the cafeteria, or while doing work, so that the candidates can reveal how they deal with real work situations. If an interview veers off into a tangent, it may be worthwhile to follow that tangent. Roleplaying, small projects, hypotheticals, or short tests may all be appropriate ways to getting to know a candidate without the guardedness of a standard interview. All of these creative techniques do not preclude following the rubric; each candidate may still be asked the same questions and perform the same or similar tasks. (A note of caution: creative approaches should not violate the law. See step nine.)

Surveys indicate that regret often sets in soon after a new person is hired. At startups, as many as 40 percent of new hires are gone within a year. At established companies, however, the attrition rate is much lower, but that does not necessarily mean that those hired turn out to be a great fit. Roughly 30 percent of the time, employers feel that the selection process weeded out a good candidate. Often, this is because of the delays involved in the hiring process–the best candidates don’t have to wait long to get hired.

If regret sets in, someone may take the blame. Therefore, as much of the recruitment process as possible should have the approval of those above the recruiters. Submit applicant data for review, ask affected managers to take part in the interviews, and get approval for checking backgrounds and references. As much as possible, time the recruiting so that the position is filled “just before” the need becomes urgent rather than “too late.” The budget developed in step two may include the services of background check companies that can uncover false claims or falsified application information.

Also, stay in communication with the remaining candidates so that they know they are still in the running. This may reduce the odds of their finding employment elsewhere, which may make some in the company unhappy. Another possible source of regret is a new hire’s departure after finding out that statements or promises made during the hiring process were not entirely true. For this reason, preapproved honesty is the best policy when answering the questions of candidates.

This last step is the most important, and it applies during the entire recruitment process. There are many federal, state, and local laws that are implicated in hiring decisions. For example, in some states but not others, it is illegal to reject a candidate after obtaining their credit history. Similarly, eleven states have “banned the box,” making it illegal in most cases for private employers to ask about a candidate’s prior arrests or criminal convictions until after an interview or an offer of a job. The EEOC has guidance on methods to avoid racial and other forms of discrimination in hiring. Here are some of the laws, regulations, and programs implicated in recruiting:

The complex task of recruiting can be broken down into manageable steps. However a job is filled, awareness of these steps can improve the odds of finding the right person and avoiding legal missteps. The benefits of recruiting can outweigh the extra effort involved in making an active, rather than a passive, search for the right employee.

Do You Have a Micromanager Menacing Your Employees?

New Laws and Regulations for 2019