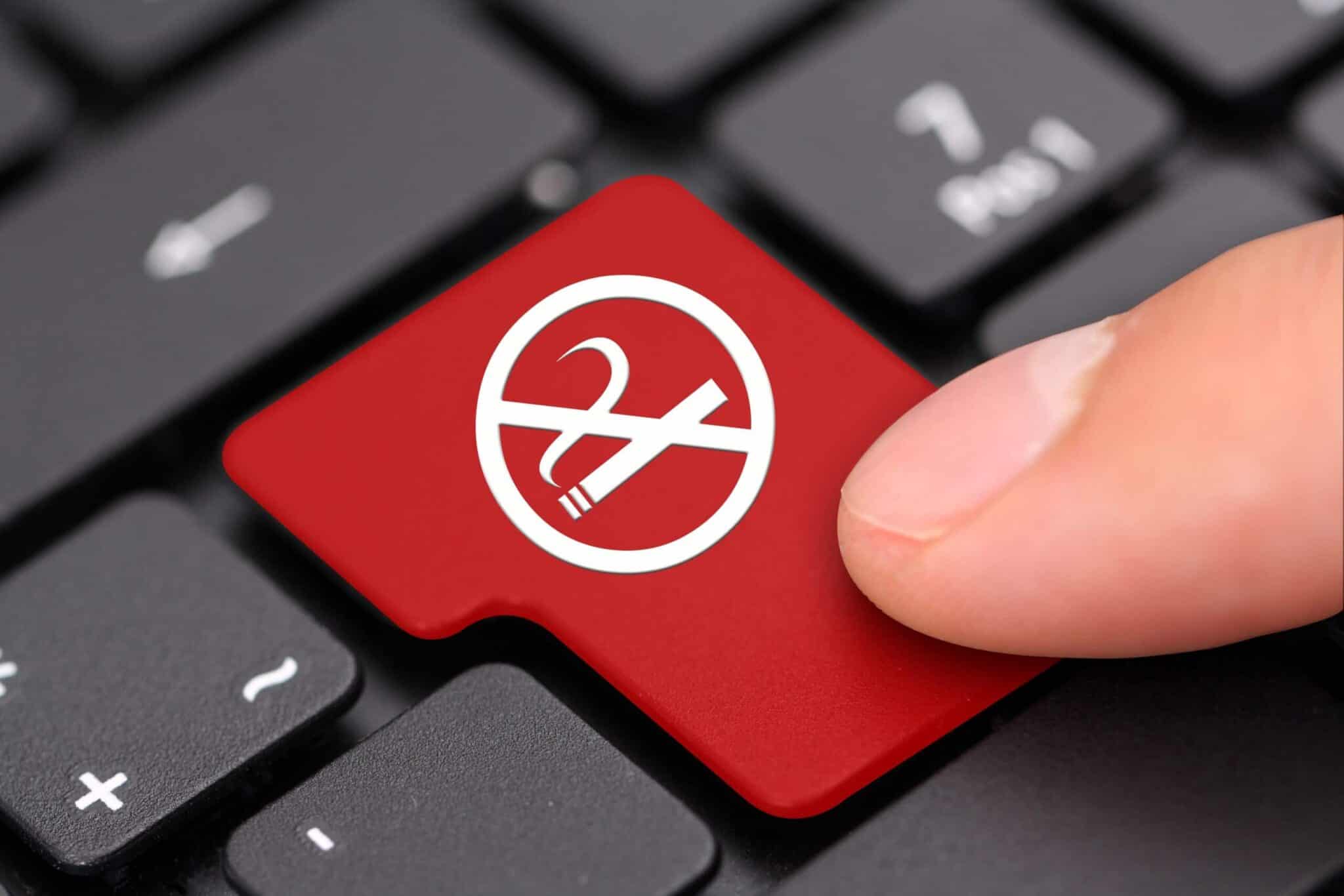 The majority of workplaces are now smoke free, and the percentage of Americans who smoke is in decline. According to the Centers for Disease Control and Prevention (CDC), however, nearly 38 million, or more than 15 percent, of Americans still smoke. Cigarettes and their new friends, e-cigarettes, are “the leading cause of preventable disease and death in the United States, accounting for more than 480,000 deaths every year.” While smoke-free workplaces greatly reduce the risks of secondhand smoke to nonsmoking employees, employers are still paying for the damage that smoking does. This includes absenteeism, lower productivity, extra health care costs, and additional worker’s compensation. Smoking can also increase the risk of fires and accidents.

Why Try a Cessation Program

For employers, smoking hurts the bottom line. On average, smokers take two sick days per year more than nonsmokers. According to a study conducted by Ohio State University, smokers can cost their employers roughly $6,000 per year on average. The biggest part of that cost is lost productivity due to smoking breaks, distraction, and sick days, followed by increased health care costs.

Smoking makes people more vulnerable to acute illnesses such as bronchitis and pneumonia. In addition, smoking increases the risk of more serious and chronic diseases such as cancer, chronic obstructive pulmonary disease (COPD), heart disease, and stroke. Employees with COPD, for example, may miss about 4.5 days of work per month and cost employers about three times more than employees without COPD.

When to Start a Program

Any day is a good day to quit smoking, but the third Thursday in November has been singled out by the American Cancer Society for the Great American Smokeout. Smoking cessation programs may also be rolled out in January, as employees make resolutions for the new year. Since quitting smoking may take several attempts, it also makes sense to promote cessation programs more than once a year.

What Makes a Good Program

Since quitting is hard, offering a cessation program twice a year is part of the list of recommendations under the Affordable Care Act. Additional recommendations include:

This may seem expensive, but money spent on a cessation program can be recouped through reduced health care costs, and costs may be reduced or eliminated through partnerships.

One widely recommended element of an effective smoking cessation program is to provide multiple pathways to success. These can include:

Cessation programs may be voluntary, largely involve time off work, and cost the employee nothing. (In fact, quitting can put money in an employee’s pocket. The CDC places the cost of a pack a day at about $188 per month or $2,292 per year.) Even so, there are some legal issues to consider.

Federal and state laws place some limits on how much “stick” (for example, surcharges) an employer can use to encourage employees to quit smoking. Depending on the number of employees an employer has, as well as other factors, applicable federal regulation and law include the Market Rules and Rate Review Final Rule (45 CFR Part 147) and the Protecting Affordable Coverage for Employees Act (Pub. L. 114-60). In short summary: Employers cannot charge employees who smoke more than 1.5 to 1 for their health insurance in comparison to “similar individuals who vary in tobacco usage.” However, a “state may use a narrower ratio.” States that have reduced the surcharge limit include Arkansas, California, Colorado, Connecticut, Kentucky, Massachusetts, New Jersey, New York, Rhode Island, and Vermont.

According to one study: “Overall, 47 percent of employers used tobacco surcharges but failed to offer tobacco cessation counseling. Wellness program prevalence was lower in states that allowed tobacco surcharges, and 10.8 percent of employers in these states were noncompliant with the ACA by charging tobacco users higher premiums without offering cessation programs.” Employers who only apply a surcharge without offering a cessation program are using only a stick but no carrot. While surcharges may be legal and cessation may only be recommended (depending on the program and provider) cessation is a relatively cheap way to reduce healthcare costs.

Furthermore, the Institute of Medicine reports that “Research shows that the best way for people to quit smoking is through evidence-based smoking cessation technologies and programs.”

The Institute of Medicine also lists addition legal concerns for employers seeking to motivate employees to quit. The Health Insurance Portability and Accountability Act of 1996 (HIPAA), Public Law 104-191, sets limits on how much an employer can penalize an employee for smoking. In particular:

In addition, twenty-nine states and the District of Columbia have what are called “smoker’s rights” laws, which limit the power of employers to compel employees who smoke to quit. These limits include surcharges and how they may be applied.

Common sense and the law encourage the use of the carrot as well as the stick in changing behavior. Smoking cessation programs are relatively cheap and effective ways of encouraging employees to quit smoking. While surcharges may be available, they should not be used alone.

How to Throw a Holiday Party