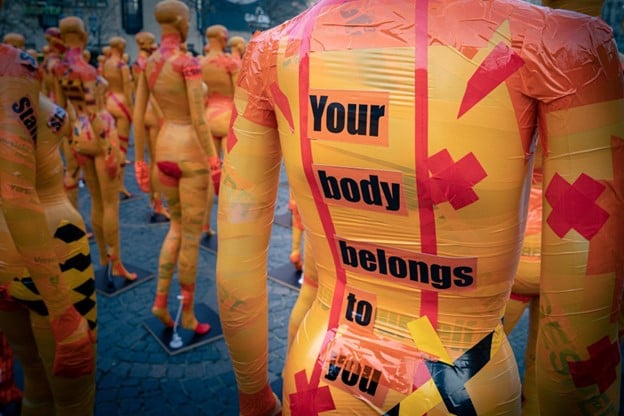 Sexual harassment in the workplace should not be tolerated. As an American citizen, you have the right to work in a professional, harassment-free workplace. You need a legal advocate when a coworker, boss, or supervisor sexually harasses or discriminates against you in the workplace.

What Does Sexual Harassment Represent?

While quid pro quo harassment is easy to identify, hostile work environment accusations can be more complicated. Harassment occurs when a person engages in one or more of the following behaviors:

Women aren’t the only ones who face sexual harassment at work. Men can be sexually harassed in several ways, as well. Males and females can both engage in sexual or gender discrimination in the workplace. This can also include harassment and discrimination based on sexual orientation or appearance.

Dealing with Harassment at the Workplace

Verbal sexual or non-sexual abuse is a type of harassment that can occur in the workplace. If you are harassed at work, you should submit a complaint to the Equal Employment Opportunity Commission (EEOC) and contact a sexual harassment lawyer for legal guidance.

However, to submit a successful claim, you must be able to show that:

You must report the harassment to your employer’s human resources department first and keep precise records of the dates, times, and nature of each incident. If you cannot resolve the matter, you must submit a claim with the EEOC within 180 days, either by mail or in person. A sexual harassment lawyer might be able to help you with this as well.

It’s Critical to Understand the Rules

When job hunting, it’s critical to understand the guidelines that govern what employers may and may not ask concerning some of the situations described above.

Employers should not inquire about your race, gender, religion, marital status, age, disability, ethnic background, place of origin, sexual preferences, or age during an interview. If this occurs, it should be a warning sign that you might not want to work in this company.

The Effects and Consequences

While it became more difficult to establish any legal recourse for sexual overtures, no one could dispute the negative consequences they have on any company’s general work environment and productivity. Turning a blind eye to abusive behavior has a negative effect on the whole business; the impact of sexual harassment on employees lowers the morale and productivity of the company as a whole.

The employer, on its part, would pay enormous expenditures to protect its image and find acceptable substitutes for the bullied employees. As a result, employers need to ensure that their workers are treated with dignity.

Sexist remarks and behaviors can also be considered harassment. Title VII makes it illegal to engage in offensive behavior based on an employee’s gender that is harsh enough to produce an oppressive work environment. For example, if women are pushed to be more “feminine” or live up to other gender stereotypes, are excluded from critical meetings, and have their work undermined by their male counterparts, the workplace may be hostile.

Most individuals know that sexual harassment by a boss or coworker is against the law. However, under Title VII, an employer must safeguard their employees against sexual harassment by third parties. Customers, clients, vendors, business partners, and others are all included. As long as the employer knows or should know that harassment is taking place, they must take measures to stop it. This type of harassment is not limited to women. When most people think of it, they see a guy bothering a female. While this remains the most typical situation, several instances of women harassing men have been reported. Same-sex harassment is likewise prohibited. Harassment does not have to be driven by sexual desire. Contact a sexual harassment lawyer for legal guidance.

Does Your AI Discriminate?