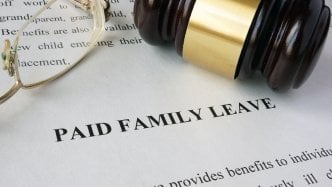 Paid family leave has recently become a hot topic not just for Democrats but also for Republicans. The lucky few employees who already have access to paid family leave are paid fully or partially for long leaves from work for reasons that typically include caring for newly born or adopted children, seriously ill children, or other sick relatives such as parents, grandparents, or siblings. Paid family leave is not the same as sick leave for minor illnesses but rather is used when employees need longer absences from work. Today, about 13 percent of workers have access to paid family leave, according to the National Compensation Survey from the Federal Bureau of Labor Statistics.

The Future of Paid Family Leave

It appears inevitable that legally required paid family leave is going to affect more and more businesses as time goes on. Businesses that are already covered by paid leave laws should take time to ensure they are complying with the requirements of their state’s laws. Businesses that are not already covered by paid family leave laws should stay informed about legislation pending in their state legislatures and in Congress.

When Classifying Workers as Independent Contractors, Remember the ABCs

Federal Employment Laws: Do They Apply to You?