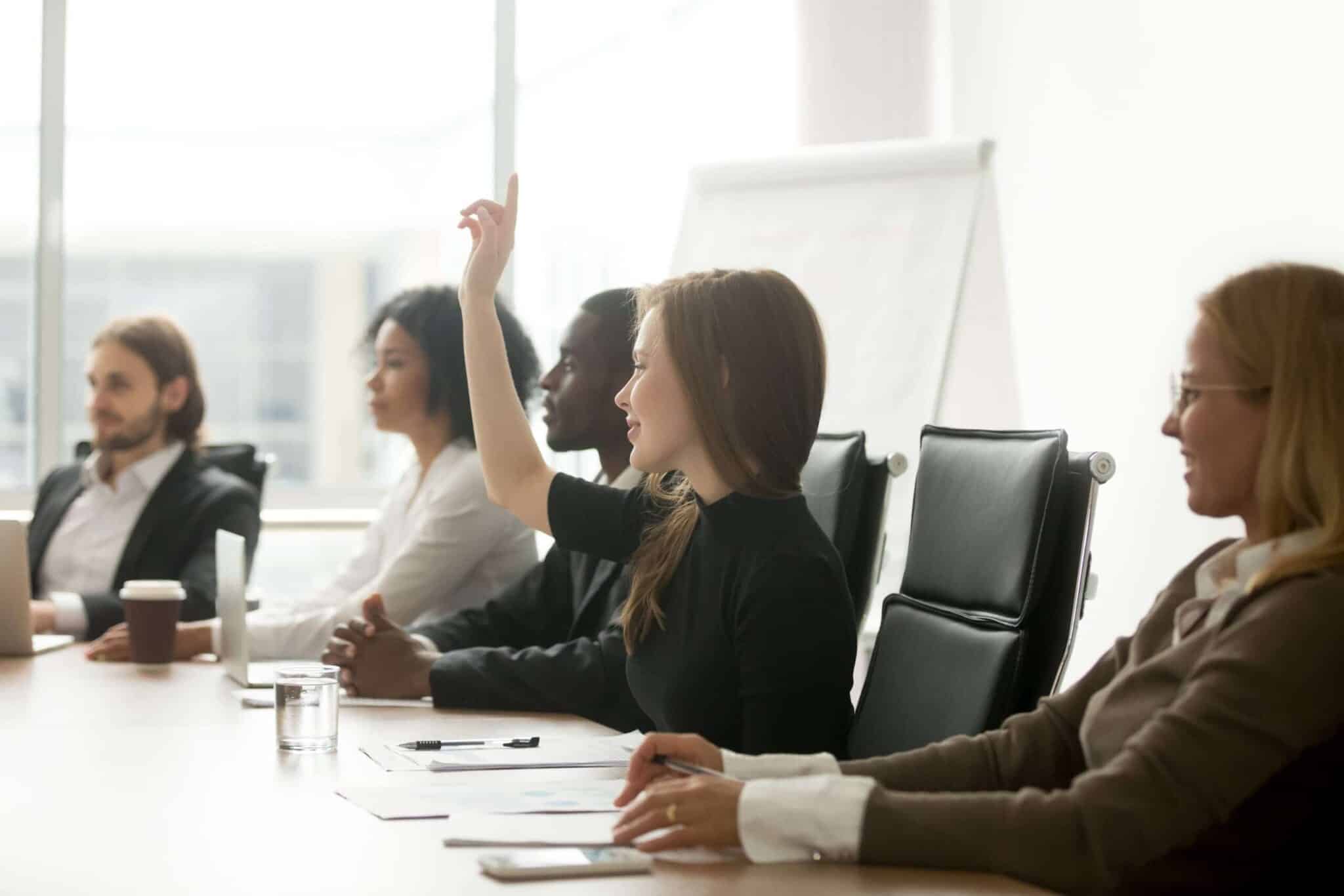 A review of some recent surveys concerning employee engagement shows a remarkable similarity in several results and leads to some important suggestions on how to improve engagement. All the surveys point to how highly employees value engagement and how engagement improves retention. And since it is expensive to replace employees, finding ways to increase engagement remains a valuable exercise.

One recent survey is published by TINYpulse and “includes data from over 25,000…employees across 20 industries from January to December 2018.” According to the survey: “Employee loyalty is decreasing.” The list of conclusions that follow this first announcement offer insight as to why. For example, more managers than employees (39 percent versus 22 percent) think that management at their firms is transparent. Another conclusion: “Only a third of workers” felt that they got recognition for going the extra mile at work. While nearly all workers (91 percent) appreciated their coworkers, they also did not think their coworkers were happy. “Less than a third” of workers surveyed thought that their employer had a strong work culture.

Another strong sign that loyalty is decreasing: in the previous year’s survey, a quarter of those surveyed said they would leave their current employer for a 10 percent increase in pay. In 2018, the number of those who would jump ship rose to 43 percent. The survey analysis concludes: “The message is clear: Organizations must differentiate themselves in terms of culture in order to retain their workforce.”

Another survey from Gallup has one conclusion that appears to contrast with the TINYpulse survey. The Gallup survey indicates that engagement has risen in recent years. According to Gallup, “The percentage of ‘engaged’ workers in the U.S.–those who are involved in, enthusiastic about and committed to their work and workplace–is now 34%, tying its highest level since Gallup began reporting the national figure in 2000.” The Gallup survey also took place in 2018 and sampled 30,628 employees. While this news may give employers something to be pleased about, the Gallup analysis points out that “the percentage of engaged U.S. workers is still quite low,” slightly more than a third, while less-engaged workers making up the rest. This all but matches the first survey’s finding that about a third of the workers it surveyed felt they got recognition for performing well. As a reminder as to why employee engagement should matter, the Gallup survey points out that “organizations that are the best in engaging their employees achieve earnings-per-share growth that is more than four times that of their competitors.”

The Gallup survey points to workplace culture as what makes the difference in engagement. It also advises that culture is more than bulletin boards or gimmicks. It starts at the top and involves “a new way of managing–relying on…strengths-based competencies.” This could be summarized as managing toward employees’ strengths rather than criticizing their weaknesses.

A third survey, by BlessingWhite, supports some of the conclusions of the previous two, including in areas of culture. For example, as the BlessingWhite survey puts it: “getting feedback, having opportunities to use skills, and career development remain at the top of the list” as drivers of engagement. The other two surveys also found that engaged employees see a path toward advancement or career development. In addition, all three surveys found engagement resulted from managers who are in touch with employees and who know what their motivations and strengths are. According to BlessingWhite: “Managers must understand each individual’s talents, interests and needs and then match those with the organization’s objectives–while at the same time creating personal, trusting relationships. Furthermore, they need to discuss engagement often.”

Such a cultural difference can mean that engaged employees don’t leave for a 10 percent increase in pay. As one surveyed employee told TINYpulse: “The environment and culture are more important to me. I took a 10k cut to come here and it was the best decision of my life.”

The surveys also point to another way that culture can improve engagement–during onboarding. A survey from Kimble, for example, found that “25% of employees with poor or no onboard training leave their jobs within the 90 days.” The TINYpulse survey concurs, stating: “Effective onboarding is a crucial part of the employee experience, and correlates to how employees feel about their companies overall.”

Onboarding is just one example of how a culture that enhances engagement is good for the bottom line. Just as the Gallup survey points out that improving engagement is good business, the Kimble survey says that “[p]rofits are 24% higher for companies that invest in training vs. those that spend less.”

The Kimble survey also backs up the general engagement numbers of the other surveys. It also finds that roughly a third of employees report feeling engaged. Kimble puts it this way: “Only 33 percent of employees believe that they make a major impact on their employer’s business performance, suggesting that increased transparency may lead to more engagement and investment in their work.” While the one-third number is daunting, there is a bright spot: older workers, who typically have seniority. Kimble reports that “80 percent of those 55 and older say that they care a great deal.”

Where should a company looking to improve its culture start? According to Entrepreneur the place to start is at the top. “Employees must see the leadership demonstrating the characteristics and behaviors everyone else is being asked to display.” What are some of the changes in culture that can start there? Here are three suggestions, all supported by surveys.

Improving culture doesn’t have to be expensive. SnackNation, for example, cites a Princeton study that indicates that once an employee earns more than about $75,000 per year, money becomes less of a motivator. Instead “it’s things like purpose and values that really move the needle over the long-term.” As the TINYpulse survey puts it: “displays of appreciation needn’t come with monetary rewards….Even a quick note to say thank you can go a long way for employees.”

Simple, cheap steps to eliminate frustrations also go a long way. This can include getting that glitch with the copier solved, for example. The Virgin survey also points out that stability, rather than a slightly larger paycheck, can contribute to engagement. TINYpulse also quotes a surveyed employee as saying: “Although financial compensation is very important in terms of building for the future, my current happiness with the mission, day-to-day work, sense of team, and quality of work/life balance is worth more than a 10% increase somewhere else.”

This second suggestion could be considered another aspect of culture. As the Gallup survey puts it: “The 21st century workforce expects to have a manager who coaches them based on their strengths.” Snacknation has this idea: “Individual Development Plans (IDPs).” Rather than a critical evaluation, employees can “identify three personal and three professional goals. Make sure they include both short and long term targets.” With a focus on development that includes long-term goals, increased engagement can increase.

A survey by Virgin Pulse puts allowing for work/life balance, or more particularly scheduling flexibility, at the top of the workplace culture items that can improve engagement. This survey found that “[s]upporting work/life balance was ranked as the No. 1 way companies can show employees they care, and nearly 40 percent of employees said they wished their employer cared more about their work/life balance….44 percent indicated flexible work arrangements as the No. 1 benefit they’d love to have at their company.” Entrepreneur also lists this item as a way to increase engagement, noting that “statistically, workers with flexible hours and locations are more productive, happier and more engaged than 8-to-5 cubicle jockeys.” Glint cites statistics as an argument for flexibility, noting that many employees now work remotely and that “70% of workers say that offering flexible work arrangements makes a job more attractive.”

According to the surveys, employers with increased employee engagement do better financially, thanks to decreased turnover expense and increased productivity. To increase engagement, a cultural shift, starting from the top, is key. This change does not have to be expensive, but it does have to be real.

Answers to the Questions You Had about Recruiting

Seven Ways to Make Your Meetings Awesome and Effective