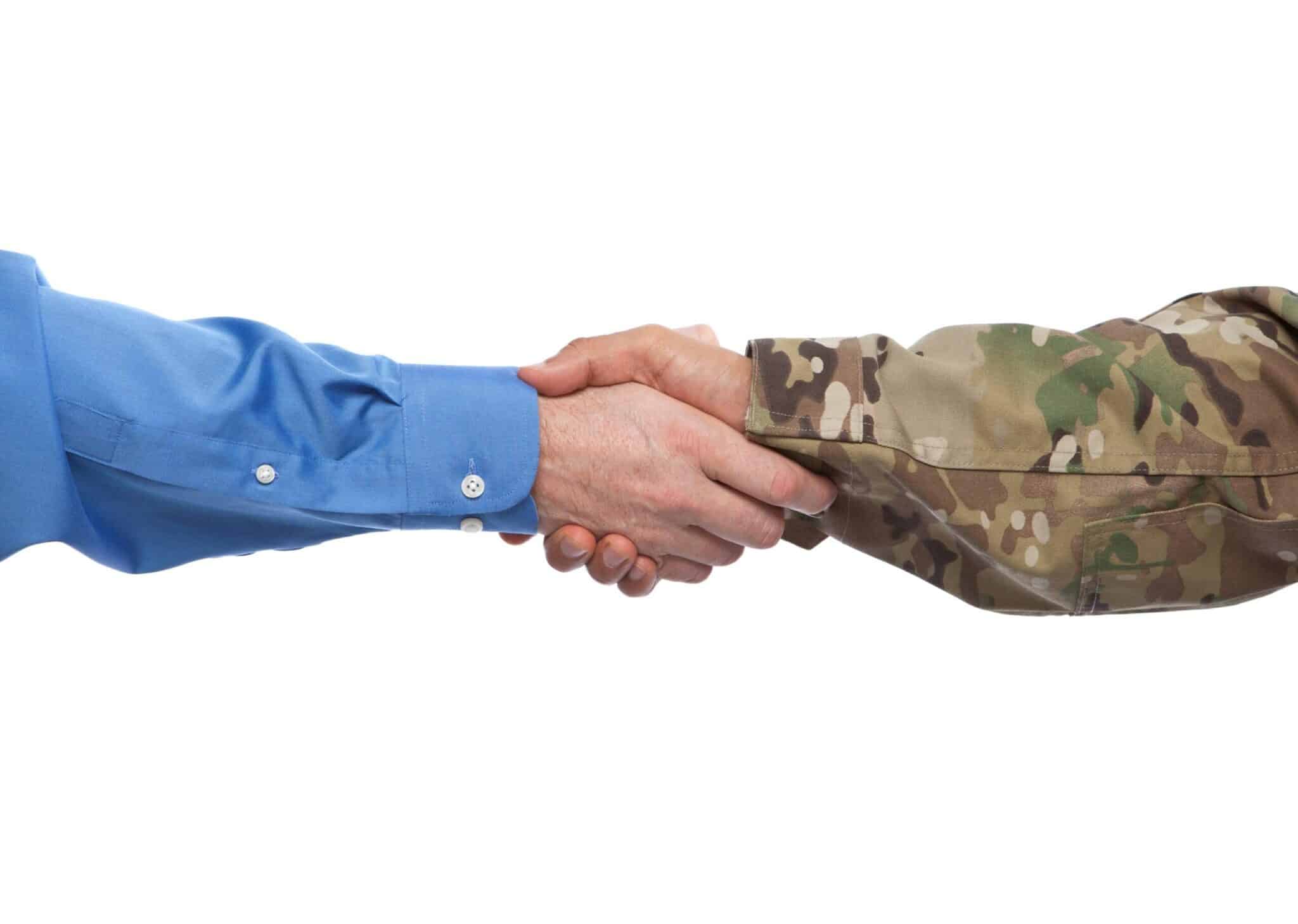 While the recruitment of veterans may seem to be a simple matter, given that tracking software typically highlights veteran status, there are signs that veterans can face difficulty finding employment simply for being veterans. One cause of this difficulty has been highlighted as a belief on the part of employers that veterans lack certain highly valued communication skills. What’s more, this bias has company. These biases should be discarded, however, given the benefits of hiring veterans.

What are the biases? One veteran writer and banker lists a few words that he has heard associated with veterans over many years: “Tough. Politically conservative. Rigid. Disciplined. Hard-charging.” He goes on to point out, however, that the military is far more diverse than many people assume, and that such a stereotype is just that: a stereotype. Another one that is more clearly damaging to a veteran’s job prospects is mentioned in an anecdote from the military.com site in which “the HR rep just flat out asked me–did I suffer from any PTSD that might make me more apt to hurt my coworkers.” The flabbergasted veteran relates: “[A]re they allowed to ask me that?”

Such stereotyping of veterans is not only unfair but also unrealistic. But some biases persist, including that veterans are used to taking orders and therefore lacking in interpersonal communication skills. For example, the Veterans Well-Being Survey, conducted by Edelman, a global communications marketing firm, says that it found that “employers are skeptical about veterans’ soft skills, particularly their ability to communicate.” What’s more, “the survey found that employers have misperceptions about veterans’ skills and education overall. Only 38 percent of employers believe the skills veterans acquire in the military are easily transferable to the private sector, while 62 percent feel veterans need more education and training before being qualified for non-military roles.”

Unfortunately for veterans and employers alike, such misperceptions can lead to veterans’ not being hired. For example, as Eric Eversole, the president of the U.S. Chamber of Commerce Foundation’s Hiring Our Heroes initiative says: “‘You need more education’ is code for: ‘We don’t understand you.'” The same can be said for communication skills. Employers need not be skeptical of the communication skills of veterans because similar perceptions have no basis in reality. One common bias concerning veterans is that they do not pursue higher education. This is simply not borne out by the facts.

The Student Veterans of America organization points out that more than 96,000 veterans have used the post 9/11 GI Bill to obtain degrees in business, management, and marketing. Roughly another 72,000 have obtained degrees in the health or liberal arts fields, and 21,800 have received computer and information science degrees. If so many veterans are obtaining degrees, despite the perception that they do not, how likely is it that they are lacking in the “soft” skills such as communication?

The summary of the 2018 Edelman survey puts it this way: “Overall, the study’s findings imply that misperceptions about veterans continue to exist and may impede veterans’ transitions back into the civilian world. However, these obstacles can potentially be overcome through education, outreach and programming.” The Edelman survey is not alone in arguing not just against stereotyping but also in favor of smart recruitment.

Another survey conducted by ERE Media leads to similar conclusions. To hire veterans, it can take not only directly confronting such biases as have been discussed above but also conscious steps specifically geared toward reaching out across the military/civilian divide. The ERE Media study quotes Mike Starich, CEO of Orion Talent, who argues that “many hiring teams lack an understanding of veteran backgrounds and encounter difficulties throughout the entire hiring process.”

Even though most businesses look out for veterans during the application process, this effort does not always result in hiring. This can, at least in part, be the result of unconscious biases that hinder recruitment. The ERE Media report cites a lack of personnel with the knowledge and experience necessary for bridging the military/civilian divide. The ERE Media survey reports that “While 99 percent of businesses report that they are recruiting military veterans, only 62 percent of them say are giving essential recruiting work…to resources that are not trained in, experienced with, or dedicated to veteran recruitment.” The task of veteran recruitment can start even with job descriptions, interview questions, and the like, as well as training for staff.

Duke University’s Fuqua School of Business has also released a study that finds that employers have tended to stereotype veterans. Like the ERE Media survey, its findings support the argument that effective veteran recruitment depends on more than checking a box on an application form. In addition, it is necessary to directly address the misperceptions that veterans avoid higher education and lack communication skills, as well as foster recruitment through all the steps that lead to hiring.

The Duke study states: “Veterans are stereotyped as high in planning/acting, but low in feeling emotions.” Further, the research “suggests veteran job candidates can be typecast as agentic and unemotional, and are likely to be overlooked for jobs that leverage emotional intelligence and interpersonal and leadership skills.” The advice to veterans: make sure their resumes have “content that signals a veteran’s ability to feel.” Further, in today’s job market, with its emphasis on abilities related to taking the lead in adapting creatively to changing circumstances, it can benefit veterans to show on their resumes that they defy the stereotype of a veteran as someone who waits for orders. Nevertheless, veterans still face difficulty in overcoming misperception. As the Duke study observes: “[T]he average person and even prospective employers show a tendency to prefer the applicant without military experience for jobs requiring social-emotional abilities.” For employers, the task is to overcome this tendency.

While some studies have highlighted the problems that job-seeking vets may face, some companies have gained a reputation for hiring vets. A Monster.com survey lists the top ten entities that hire vets. Lockheed Martin Corporation and Booz Allen Hamilton are two. However, the Monster research also supports the finding of the other surveys that employers generally can stand to make progress in overcoming the obstacles that veterans face in the job market. According to Steve Jordon, a veteran and the “Executive Director of Veterans Employment Initiative for the Northern Virginia Technology Council (NVTC)….These survey results tell us that while employers want to hire veterans and veterans want to find work, the employers are not fully aware of the skills the veteran is bringing with them from the military.”

Monster also cites some ways that companies can make it easier for veterans to get hired. One is accepting military certification as equivalent to civilian, and another is a demonstrated willingness to hire veterans.

An employer may wonder what benefit there is in making more effort to recruit veterans. One obvious answer: a tax credit. According to the Small Business Association (SBA), the work opportunity tax credit may be available to a business that hires a veteran who

But that is not all. According to the ERE Media survey, once veterans make it to the interview stage, their acceptance rate is higher than that of civilians, and surveyed businesses “felt that retention rates among veterans are higher, too.” With retention being such a concern, it makes sense to let go of conscious or unconscious biases regarding veterans and find ways to ease their recruitment.

What do vets see as positives with companies? According to Monster:

Among their top considerations are companies that accept military training in place of civilian credentials (79 percent); have a proven track record of hiring veterans (74 percent); have recruiters who are veterans themselves (64 percent); offer special veteran onboarding programs (60 percent); and, provide a support group for veteran employees (60 percent). This information can be a useful starting point for employers that are trying to build a veteran recruitment program.

Certain stereotypes about veterans appear to be continuing to create obstacles to employment, at least according to surveys. For example, the perception that vets are lacking in communication skills has been cited as hindering civilian employment. These biases need to be addressed at all levels of the recruitment process, from the drafting of job descriptions to the interview process. Dispelling these biases result in recruiting of better candidates.

Four Benefits of Having a Cross-Training Program

The Department of Labor Has Issued a New Overtime Rule