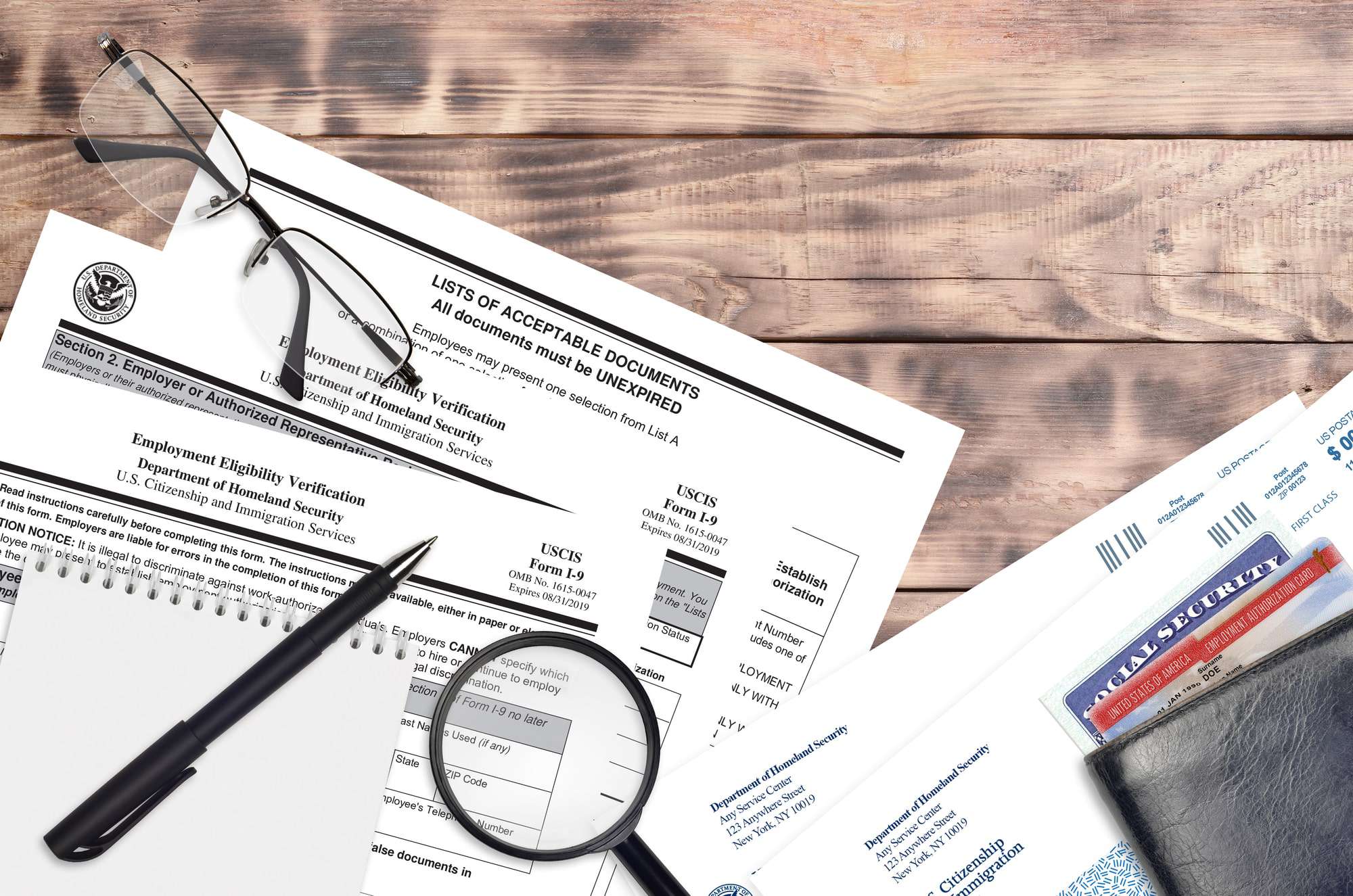 The National Labor Relations Board (NLRB or Board) has affirmed an Administrative Law Judge’s decision and found an employer was required to bargain with a union over the effects of Frontier’s decision to require employees to complete new I-9 forms and supply certain requested information. See Frontier Communications Corp, 370 NLRB No. 131 (May 26, 2021). I previously discussed the ALJ’s decision. See https://discuss.ilw.com/blogs/bbuchanan/396033-when-labor-law-overlaps-with-immigration-law.

In this case, Frontier and its predecessor, Verizon, apparently did a very poor job of I-9 compliance. (For immigration attorneys practicing worksite enforcement, this is not a surprise; rather, is it the usual norm.)  In 2013, several years after Frontier purchased Verizon, Frontier discovered through an internal I-9 audit (which apparently was not conducted at the time of the sale), it did not have I-9 forms for most of the former Verizon employees. Thus, it requested these employees complete new I-9 forms. After the employees’ union found out about this request, it met with Frontier and the parties agreed Frontier would get new I-9 forms but not retain the supporting documentation.

In late 2018, Frontier conducted another internal I-9 audit and “discovered extensive noncompliance” and determined it needed to obtain new I-9 forms and supporting documentation for approximately 95% of its workforce. It’s unclear how this could be if it had remedied their I-9 issues in 2013. (Presumably, Frontier did not carefully review the I-9 forms completed in 2013.)

On July 19, 2019, Frontier notified its employees by email of the need to submit new I-9 forms, through I-9 Advantage, its new an electronic I-9 process. When the Union found out about this, it asked Frontier if it would be requiring this of employees who previously completed an I-9 form and provided supporting documentation. Further, on August 1, the Union requested a list of employees who Frontier intended to require the completion of a new I-9 form. Frontier responded that many of those who completed paper I-9 forms in 2013 would be required to complete electronic I-9 forms due to errors on the paper I-9 forms and in order to be in compliance with federal law. Frontier supplied a list of employees who were required to complete a new I-9 form.

When the Union did not get the information that it requested or the opportunity to bargain about the effects of completing new I-9 forms, it filed a charge with NLRB alleging Frontier violated Section 8 (a)(5) of the National Labor Relations Act (NLRA).

Basic Law of Duty to Bargain under the NLRA

It is important to understand the basics of bargaining and information requests since presumably most immigration attorneys and many HR personnel are not familiar with the NLRA. The ALJ summarized the basics as follows:

It is well established that an employer has an obligation to give a union notice and an opportunity to bargain about the effects on union employees of a managerial decision even if the employer has no obligation to bargain about the decision itself. The Board requires pre-implementation notice because there may be alternatives that the employer and union can explore to avoid or reduce the impact of the decision without calling into question the decision itself. [citations removed].

An employer is obligated under the Act to supply information requested by the union that is potentially relevant and would be of use to the union in fulfilling its responsibilities as the employees’ bargaining representative. Generally, information concerning wages, hours, and other terms and conditions of employment for bargaining unit employees is presumptively relevant to the union’s role as exclusive collective-bargaining representative.

Employer’s Duty to Bargain over Effects of Frontier’s Decision

Concerning Frontier’s  requirement that employees submit new I–9 forms, the ALJ and NLRB found it is a mandatory subject of bargaining. “The purpose of the I–9 form is ‘to document verification of the identity and employment authorization of each new employee;’” thus, the “requirement that employees complete new I–9 forms clearly affects terms and conditions of employment as employees who have difficulty completing the I–9 form risk losing their jobs, among other potential consequences.” The ALJ’s decision cited Ruprecht Co., 366 NLRB No. 179 (2018), where the Board found an employer’s enrollment in E-Verify was a mandatory subject of bargaining because it affects the terms and conditions of employment.

Based upon the above finding, the ALJ and NLRB found Frontier violated Section 8(a)(5) of the NLRA by failing to provide the Union an opportunity to bargain over the effects of its decision to require employees to submit new I–9 forms. Further, it was found that Frontier’s position that it did not have to bargain over the decision to require new I–9 forms arguably had merit because the I-9 forms were not in compliance, and it was required by immigration law to have a valid I–9 form for each employee. The ALJ found and affirmed by the Board:

The Union, however, had a valid interest in effects bargaining to explore options for reducing or avoiding the impact that the new I–9 form requirement would have on employees. Indeed, given the history of lost or misplaced forms and repeated requests for new I–9 forms, along with the possibility that some employees might need time to locate/obtain and provide appropriate documentation of their identity and employment authorization, there were several topics that Respondent and the Union could address and possibly resolve through effects bargaining.

Here, there is no dispute that Respondent had to comply with IRCA. That obligation, however, did not preclude effects bargaining, as there are issues related to IRCA compliance where Respondent and the Union had room to negotiate, such as: the amount of time Respondent would give an employee to obtain and present documents that establish the employee’s identity and employment authorization; …. and the process that would apply to employees who had difficulty presenting appropriate documentation in the allotted timeframe. [emphasis added].

Furthermore, the Board found Frontier’s argument that the Union waived its right to effects bargaining was without merit. See Orchids Paper Products Co., 367 NLRB No. 33, slip op. 1 at fn. 4, 6, and 22–23 (2018) (union did not waive effects bargaining by failing to request such bargaining where employer implemented changes in health insurance carrier and clothing policy without providing notice or opportunity to bargain).

The ALJ found the Union’s requests for information on August 1 and 8 concerning the employees with incomplete I-9 forms and the specifics of the errors/omissions of the I-9 forms were “presumptively relevant to the Union’s role as the exclusive collective bargaining representative.” Moreover, the ALJ stated: “by asking Respondent to identify the employees covered by the new I–9 form requirement and specify (or categorize) how their previously completed I–9 forms were deficient, the Union effectively asked Respondent about matters that relate to employee terms and conditions of employment since employees who did not (or could not) complete new I–9 forms risked adverse employment consequences.”

On appeal, Frontier asserted the Union’s request for information regarding the specific deficiencies in each employee’s previously completed I-9 form would be unduly burdensome. However, the Respondent did not raise a claim of undue burden at the time of the Union’s request. If a party wishes to assert that a request for information is too burdensome, this must be done at the time that the information is requested, not for the first time during an NLRB proceeding. See Honda of Hayward, 314 NLRB 443, 450–451 (1994). Thus, the NLRB found this defense failed.

Even though the number of employers with a unionized workforce is about 6.3%, it is important for employers to remember their bargaining obligations. This is the second decision in  three years, where immigration law has intersected with labor law. So, be mindful of the NLRA in approaching I-9 compliance issues. An employer may have an obligation to bargain with the union. If you are not versed in labor law and immigration law (I consider myself lucky to be both), bring in a labor lawyer when dealing with I-9/E-Verify compliance issues related to a unionized workforce.

5 legal writing tools that will simplify your life