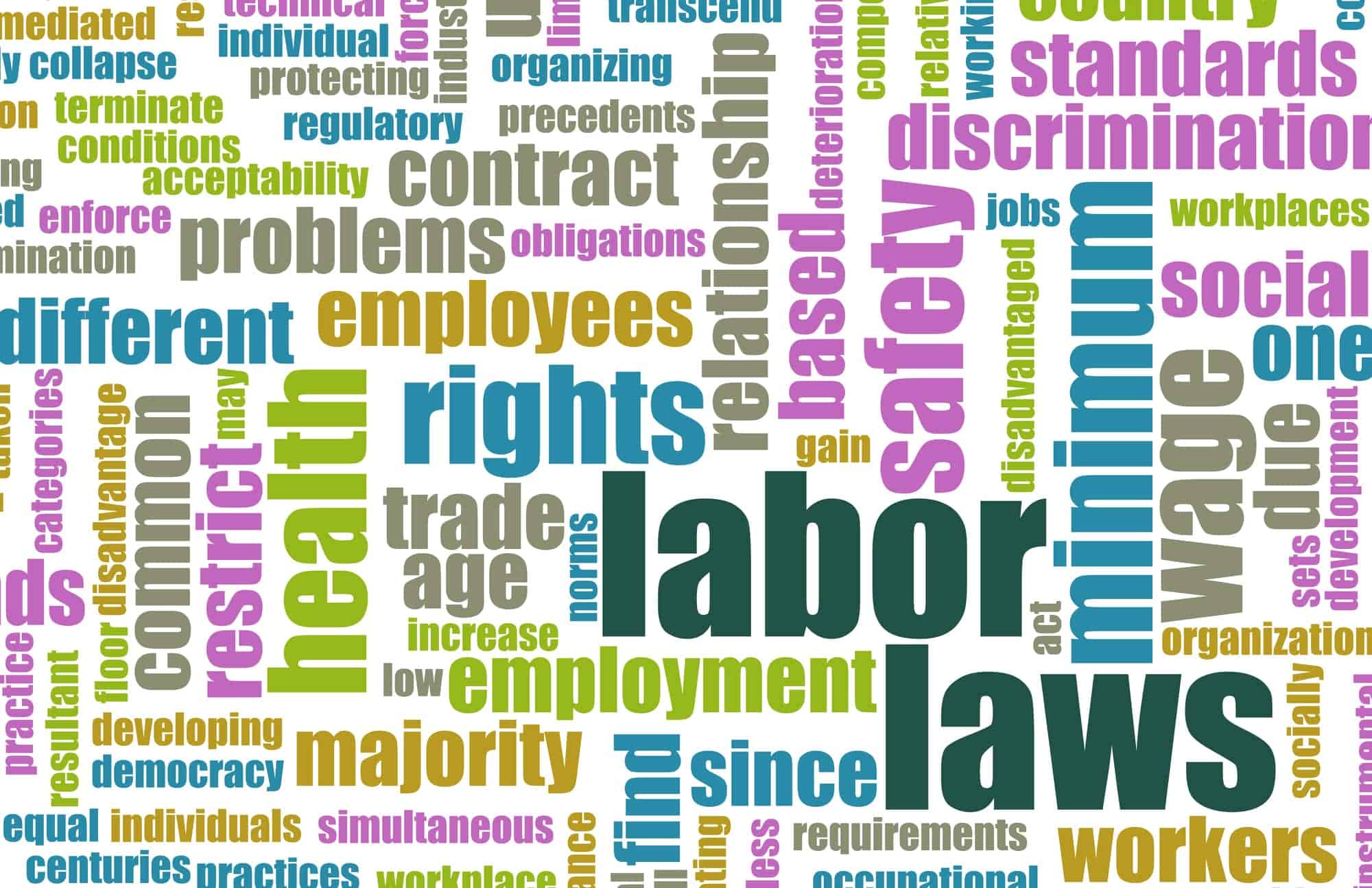 As an attorney, I am often asked what the difference is between employment law and labor law. Frequently, the two are used interchangeably and, in most day-to-day usage, the interchange of the two words is accepted and appropriate. In the practice of law, however, there is a distinction between the two, and it is important that anyone seeking the assistance of a lawyer know what that distinction is. Failing to do so can lead to unfavorable outcomes.

In setting forth the distinction, I’ll start with labor laws because they represent a much narrower area of law than employment laws. Labor law governs union and management relationships and employee collective bargaining rights. This includes such matters as union organizing, collective bargaining negotiations, and unfair labor practice charges. These activities are governed by a handful of federal and state laws, the most prominent being the National Labor Relations Act (NLRA). Other labor laws of note are the Railway Labor Act (RLA), the Federal Labor Relations Act (FLRA), as well as state labor laws that govern bargaining rights of state employees.

Employment laws are essentially all employment-related laws that are not labor laws. These laws include federal and state wage and hour laws, discrimination laws, and leave laws. The list of these laws is long and growing. They include federal laws such as the:

Why Knowing the Difference Matters

Specializing is necessary for attorneys because each area of law, as well as the laws within that area, can be substantively and procedurally very different. Tests and elements required to prove violations differ from one law to the next; the exclusions and exemptions regarding which employers and employees are and are not covered can be different; and the procedures that govern the complaint processes can vary significantly. For example, where attorneys that practice mainly employment law can spend a significant portion of their time dealing with the court system, labor law attorneys may only sparingly deal with the court system because most of their time is spent with government agencies. Each has its own procedures and rules that if an attorney does not know could result catastrophic error.

This isn’t to say that there are no attorneys that are able to successfully practice both employment and labor law. However, it is my experience that this is the exception and not the rule. Employers and employees seeking help with labor or employment matters would be well-served to ensure they hire an attorney that specialize in the area of law for which they need the help.

Employment Law Research: What you should know about SEO

Minimum Wage: The difference between Federal and State laws