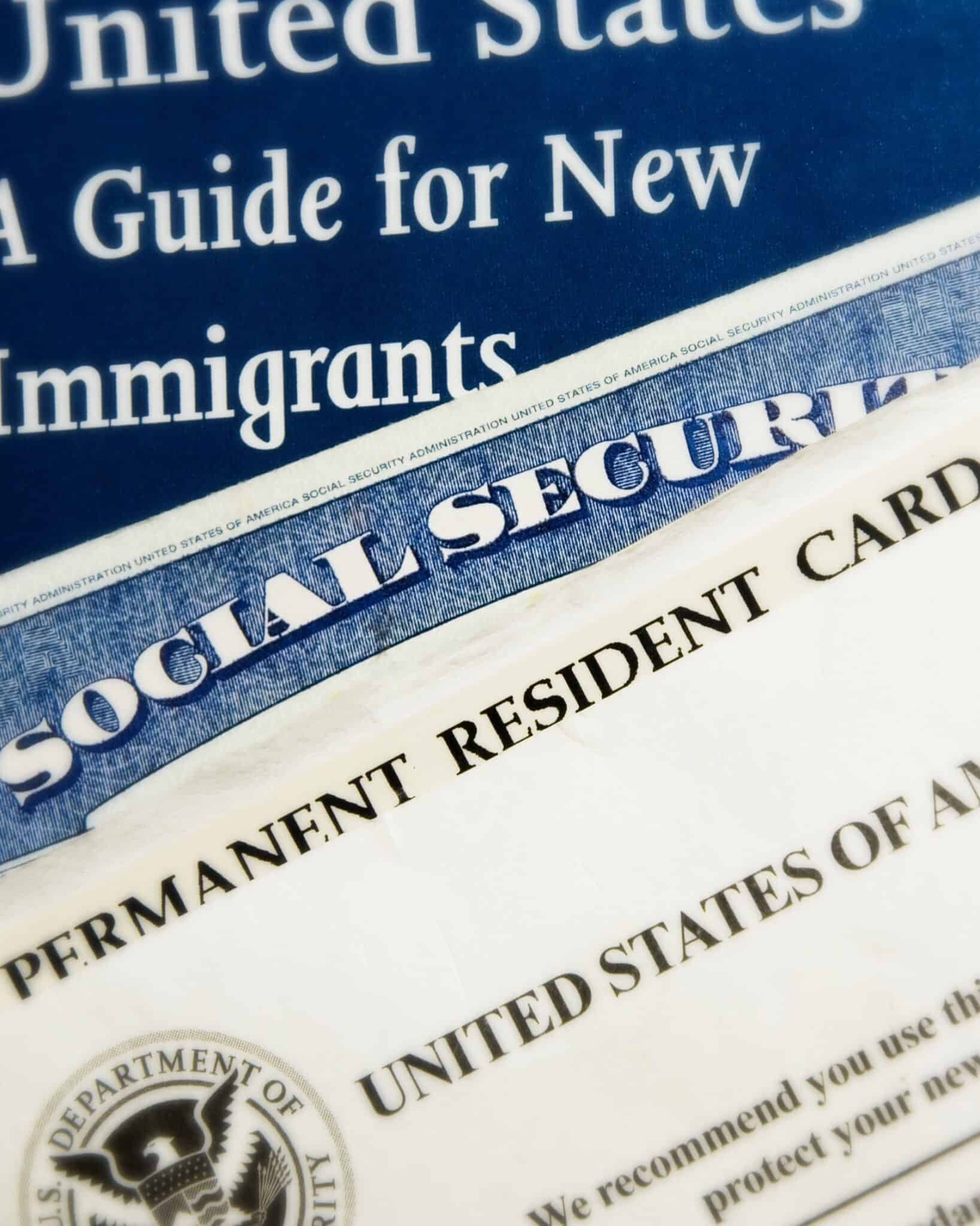 In the last two years, immigration policy changes have affected employers of all types, and these trends are likely to continue in the near term. As regulatory enforcement increases, employers have been struggling to adapt. Some of the issues include increased ICE/HSI raids, challenges with H-1B visas, a revision to Form I-539, increased I-9 audits, and TPS termination.

Regarding raids, ICE reports that:

The agency further reports that it “executed a federal search warrant at a slaughterhouse in Bean Station, Tennessee,” resulting in the arrest of 104 aliens, and that it has carried out similar investigations in numerous other states. In a raid in Ohio, Homeland Security Investigations (HSI), ICE’s investigative unit, arrested 146 at a meat packaging plant. This increased enforcement is the result of a goal announced in 2017 by Tom Homan, the acting director of the agency, that it would increase the agency’s enforcement of immigration law. “Not only are we going to prosecute the employers that hire illegal workers, we’re going to detain and remove the illegal alien workers,” Homan said, claiming he had a mandate to increase enforcement “by four to five times.” Employers should note that this change in policy still stands in early 2019.

According to Forbes, regarding immigration policy, employers can “expect this two-year streak to continue.” This includes H-1B visas. Just as low-skill workers at slaughterhouses–and their employers–may be worried about raids, high-skilled, degree-holding H1-B visa holders and seekers, along with their families, are feeling anxious about changes to the application and lottery process.

The U.S. Citizenship and Immigration Services (USCIS) has announced a new rule that “reverses the order by which…USCIS…selects H-1B petitions under the H-1B regular cap and the advanced degree exemption, and it introduces an electronic registration requirement for petitioners seeking to file H-1B cap-subject petitions.”

According to USCIS Director L. Francis Cissna, “These simple and smart changes are a positive benefit for employers, the foreign workers they seek to employ, and the agency’s adjudicators, helping the H-1B visa program work better.” CIO Dive, however, has a different way of summarizing the new H-1B visa policy, reporting that “experts believe changes to the adjudication process have a chilling effect on high-skilled immigration, pushing applicants to look toward other countries for employment.” For employers, this effectively increases the incentive to find Americans for STEM jobs, as the visa application process is subject to greater scrutiny and may not result in a hire. A table published by USCIS show that in 2017, the number of approvals dropped sharply, while the number of applications remained relatively steady.

Another policy change affecting H-1B visas is the Buy American and Hire American (BAHA) executive order, which took effect in April 2017. Among the order’s goals are to make it “easy for you to report fraud…in the H-1B’ and “H-2B Visa Program.” The changes implemented by the BAHA order have effectively made it more challenging to file for these and other visas, as they receive closer scrutiny. Other visas affected include L-1s, TNs, and spouses of H-1B visa holders.

In March 2019, USCIS announced a revision to its Form I-539, Application to Extend/Change Nonimmigrant Status. Coupled with the change in forms is the announcement that the agency “will reject any Form I-539 with an edition date of 12/23/16, or earlier, that is received by USCIS after March 21.” The multipage form, which is filled out to petition for a change (including an extension) to a nonimmigrant worker’s status, is not easy to complete, and the change is sure to have a chilling effect on H-1B employees, their family members, and their employers.

For example, the UCIS announcement states that: “Every applicant and co-applicant will receive a biometric services appointment notice, regardless of age, containing their individual receipt number. The biometric services appointments will be scheduled at the Application Support Center (ASC) closest to the primary applicant’s address. Co-applicants who wish to be scheduled at a different ASC location should file a separate Form I-539.” Such rules about when and where one may submit to a biometric scan are, for most people, intimidating, along with the $85 service fee for each applicant and co-applicant. Co-applicants, in turn, are required to fill out and file their own Form I-539A.

This recent change in policy requires dependents of nonimmigrant employees (as well as business visitors, students, and others), to appear for fingerprinting and photographs when they apply for an extension to their stay or a change in their immigration status, regardless of age. Parents will be able to sign forms for children under fourteen. The new biometric requirement is expected to increase the amount of time it takes the government to process the forms, which will mean delays in resolution of the status of the affected immigrants as well as their spouses and children. The agency warns that it “will reject any revised Form I-539 that is missing any of the required signatures or biometrics fees, including those required for Form I-539A.” For employers, this new requirement may present a significant headache.

Another recent trend is an increase in I-9 audits. Last year, ICE announced that it had sent out notices of inspection (NOIs) “to more than 5,200 businesses around the country since January.” This number represented a significant increase over previous years. The Cato Institute, however, points out that “ICE only audited about 0.15 percent of establishments.” While 5,200 audits across the country may seem daunting, the odds of getting audited remain low for most employers. As Cato reports, “Although the number of worksite audits increased about 4.4-fold from 2017 to 2018…only a small fraction of all establishments were actually audited.” Nevertheless, this increase in I-9 audits is likely to be worrisome. For Derek N. Benner, the acting executive associate director for HIS, the increased in I-9 audits is intended to “create a culture of compliance among employers.”

Not every state seems to fully approve of the federal government’s new audit policy. California, for example, passed AB 450, the Immigrant Worker Protection Act, codified at Labor Code 90.2. The law requires employers to “provide a notice to each current employee…of any inspections of I-9 Employment Eligibility Verification forms or other employment records conducted by an immigration agency within 72 hours of receiving notice of the inspection.” The law also provides for significant penalties for noncompliance. While the California law is explicitly limited to not conflict with federal law–which should be a relief to employers–it did dismay ICE, whose acting director issued a statement that says in part: “Disturbingly, the legislation serves to codify a dangerous policy that deliberately obstructs our country’s immigration laws and shelters serious criminal alien offenders.”

California has a hand in another development in immigration law–the reduction of Temporary Protected Status (TPS). TPS may be granted to people in the United States who last resided in a country or part of a country suffering from civil war or natural disaster. While the executive branch has sought to end TPS for thousands of residents, federal and state courts (including in California) have been resistant to this change in policy.

For example, as USCIS announced in early March, in “Ramos, et al. v. Nielsen…the U.S. District Court for the Northern District of California enjoined DHS from implementing and enforcing the decisions to terminate Temporary Protected Status (TPS) for Sudan, Nicaragua, Haiti, and El Salvador, pending further resolution of the case.” In addition, the “Secretary of Homeland Security…announced her decision to extend the Temporary Protected Status (TPS) designation for South Sudan for 18 months through Nov 3, 2020.” For employers, the situation is unsettling, as the loss of TPS protection for employees will most likely mean loss of their eligibility for employment. For now, the status of TPS employees from many countries is in legal dispute.

In recent years, the federal government has acted to reduce the employment of legal and illegal immigrants. For employers, this has brought worries of raids, audits, loss of employees, and increased paperwork. This trend shows no sign of changing, which means that employers can expect their immigration worries and challenges to continue for the time being.

Millennials Are Fueling Change in the Workplace

What Research Tells Us about Multitasking