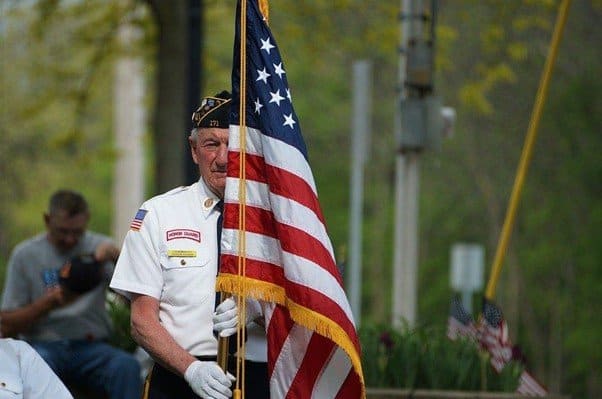 When it comes to honoring our troops, there are many holidays that one can celebrate, such as Public Service Week and Armed Forces Day; however, the two most popular celebrations of American veterans are Memorial Day and Veterans Day. This is likely because both are federally recognized, whereas the former lack formal recognition in much of American government and culture. In this article, we’ll discuss the origins of Memorial Day, how it is observed, and other holidays meant for the men and women that served this country.

How did Memorial Day Start?

Memorial Day, originally known as Decoration Day, came about after the American Civil War. After the bloodiest conflict in American history, many veterans were grieving the loss of their brothers in arms. During the war, formerly enslaved people enlisted in the Union army to fight for their freedom. Unfortunately, many died before they were able to experience that freedom. So, on a clear temperate day in early May, approximately 10,000 former Black Union soldiers gathered in Virginia to commemorate the fallen veterans. Three years later, the former Union general John Logan called for a national Decoration Day, during which Americans were encouraged to decorate the graves of the American soldiers that had fought to preserve the Union. The practice of decorating fallen soldiers’ graves during May grew in popularity until eventually Decoration Day, by then referred to as Memorial Day, was declared a federal holiday by congress in 1971—nearly 100 years after the first celebration of America’s fallen veterans.

Who and What is Memorial Day For?

To put it simply, Memorial Day is meant to honor fallen American Veterans. Although initially set aside as a day of remembrance for soldiers that passed away in the American Civil War, the holiday has since been expanded to all fallen veterans. America has become engaged in various military conflicts, and all soldiers that died as a result of those conflicts are included in Memorial Day celebrations. Up until World War I, many former Confederate states chose not to observe Decoration Day, instead opting to choose separate days to honor their fallen confederate soldiers. In the South, Confederate Memorial Day, which is admittedly more controversial than Memorial Day, is a culturally observed holiday that usually takes place prior to Memorial Day. The holiday is not federally or widely observed and is celebrated on a variety of dates in the South.

How Does One Celebrate Memorial Day?

There are many ways to go about honoring America’s veterans. Of course, traditionally Memorial Day was celebrated by decorating the graves of fallen soldiers, and, if you have lost a friend or loved one to a military conflict, Memorial Day is the perfect time to visit their final resting place. Otherwise, there is a national moment of remembrance for fallen American veterans at 3:00 PM local time. There are also usually local events that you can attend on Memorial Day. Check social media; there is likely some community fundraiser for veterans in need of support. Though Memorial Day is primarily targeted at remembering fallen veterans, there are few better ways to honor deceased veterans than to support the veterans that are still with us.

What is the Difference Between Memorial Day and Veterans Day?

Other Days to Celebrate Veterans

Of course, it is never the wrong time to celebrate American heroes, but, if you are looking for a more structured celebration, May is the official month of Military Appreciation. At the beginning of the month, one can celebrate Loyalty Day. This day is set aside to celebrate how steadfast American troops have been in their support of the United States even in the face of great adversity. The eighth of May marks V-E Day or Victory in Europe day. On May 8, 1945, Nazis surrendered to the Allied Forces. May 6th is Military Spouse appreciation day. Military Spouses must constantly adapt to the inherent rigors that accompany having a loved one in the military, such as frequent relocations and deployment. The last holiday in the month of May and by far the most well-known of all the military appreciation month holidays is Memorial Day. Other times of the year set aside for remembering the American armed forces are March 29, when we remember those that served in the Vietnam war, and June 27, national PTSD Awareness Day.

It is difficult to imagine what America’s future would look like without its military. Through the years, as American democracy and freedom have faced foreign and domestic threats, the men and women that serve in the armed forces have put their lives on the line to ensure America’s perpetuity. During Memorial Day, we honor the people that have given their lives for this grand American experiment; for their sacrifice, America is forever in each of their debts. If you have lost a loved one due to military conflict, Memorial Day is the perfect opportunity to take some time to commemorate them. Happy Memorial Day, everyone.