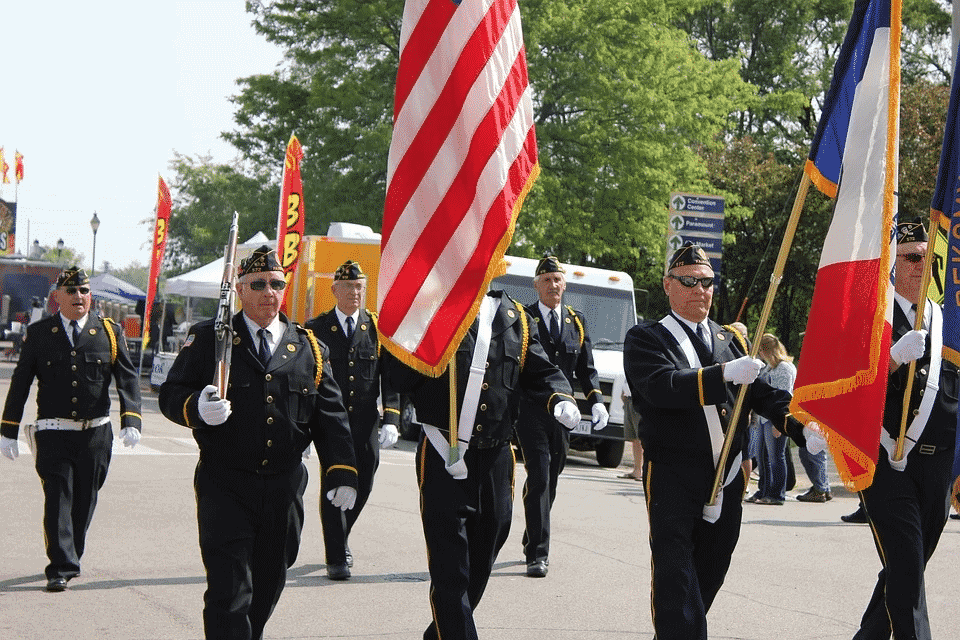 Veterans Day is known throughout the United States as a day of recognition for all prior service members of the U.S military, except for those who have an “other than honorable” discharge status. What some may not know, however, is the history of how this national holiday came to be, and what distinguishes it from Memorial Day and Armed Forces Day.

End of The Great War

Prior to the formal ending of World War I in June of 1919, German forces and the Allied nations had reached a temporary agreement to lay down their weapons and cease all hostile efforts, otherwise known as an ‘armistice.’ This monumental moment happened during the eleventh month of the year, on the eleventh day and at the eleventh hour, forever branding November 11th, 1918, as the day that the “war to end all wars” finally came to its conclusion. This day would also become known as “Armistice Day” in remembrance of everyone who fought during the war, and the long-awaited ending to the global conflict. Seven months later, on June 28th in 1919, the war was deemed officially over with the signing of the Treaty of Versailles at the Palace of Versailles in France.

Declaration of a National Holiday

Later that year, President Woodrow Wilson declared November 11th, 1919, to be acknowledged as the first annual Armistice Day in honor of those who had fought and died during World War I. This day was to be celebrated by delaying the start of all official business until 11:00 a.m., holding public meetings and having decorative parades to recognize the sacrifices and bravery of America’s service men. President Wilson addressed the country by stating: “To us in America the reflections of Armistice Day will be filled with solemn pride in the heroism of those who died in the country’s service, and with gratitude for the victory, both because of the thing from which it has freed us and because of the opportunity it has given America to show her sympathy with peace and justice in the councils of nations.”

On May 13, 1938, under President Calvin Coolidge, a Congressional Act (52 Stat. 351; 5 U.S. Code, Sec. 87a) was approved to instate Armistice Day as a legal holiday, and a day “to be dedicated to the cause of world peace.” Years later in 1945, a veteran of World War II named Raymond Weeks suggested to General Dwight D. Eisenhower that Armistice Day should include the heroes and veterans of both world wars from then on and be known as “National Veterans Day” instead. This notion was adopted locally by Weeks in his hometown of Birmingham, Alabama where he organized and headed Veterans Day celebrations from 1947 until his death in 1985. In 1982, Weeks was honored by President Ronald Reagan for inspiring the expanded national holiday, after which he became fondly known as the “father of Veterans Day.”

Even though Armistice Day had already been adopted under the moniker of ‘Veterans Day’ by many at the end of World War II, it wasn’t until ten years later in 1954 that the Act of 1938 was amended, and the holiday’s title was legally changed. The legislation (Public Law 380) was approved on June 1, 1954, and Veterans Day officially came to be. This was intended to be a day to recognize the veterans of all wars and their service to the nation, whereas Memorial Day specifically honors those who died during their time in service or due to service-related injuries. In October of that year, President Eisenhower presented the very first “Veterans Day Proclamation” that stated:

“In order to ensure proper and widespread observance of this anniversary, all veterans, all veterans’ organizations, and the entire citizenry will wish to join hands in the common purpose. Toward this end, I am designating the Administrator of Veterans’ Affairs as Chairman of a Veterans Day National Committee, which shall include such other persons as the Chairman may select, and which will coordinate at the national level necessary planning for the observance. I am also requesting the heads of all departments and agencies of the Executive branch of the Government to assist the National Committee in every way possible.”

Harvey V. Higley, the Administrator of Veterans’ Affairs (VA) at the time, was assigned as Chairman of the Veterans Day National Committee the same day. At present, the committee chairman position is filled by the current Secretary of Veterans’ Affairs.

A Day of Cultural Importance

In 1968, the Uniform Holiday Bill (Public Law 90-363 (82 Stat. 250)) was signed with the purpose of establishing four Mondays a year to be observed as federal holidays: Veterans Day, Memorial Day, George Washington’s birthday and Columbus Day. This would give federal employees a three-day weekend to allow for recreational travel and extended celebration of each holiday. This ordinance inevitably caused some confusion when Veterans Day was federally observed on Monday October 25th three years later, while November 11th was still considered the actual day of remembrance. Owing to the historical significance of the date and the consequential stir caused by the new bill, Public Law 94-97 (89 Stat. 479) was then signed by President Gerald R. Ford on September 20th, 1975, to return the observed date of Veterans Day to November 11th. This action was largely accepted and approved of by veterans’ organizations and American citizens, who valued the historical and cultural significance of the day to honor all those who loved, served and fought for the United States.

The impact that the armistice of November 11th had on the nations involved is not only still observed by the United States, but also by Canada, Australia, and Great Britain, who all recognize the date’s significance in some way. Another day that is often linked with Veterans Day is Armed Forces Day, observed on the third Saturday of May each year to appreciate those who currently serve under active and reservist duty in the United States military.