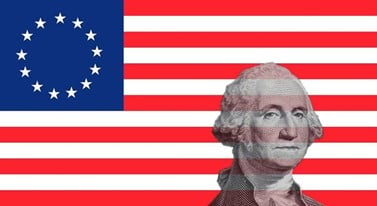 In American history, there are few figures more significant or ubiquitously well known as Washington. It is his face that the one-dollar bill bears, and it is for his namesake that the capital was named. When touring the capital of the United States, it is difficult to miss the massive Washington Monument erected in the National Mall. This admiration for our founding father is as strong now as it was during Washington’s two terms in office.

It should come as no surprise, therefore, that Washington’s Birthday was one of the first holidays to be federally recognized, and it has continued to be observed since its creation in 1885.

A Brief History of Washington

George Washington, America’s first president, arguably rose to prominence during the French and Indian War. Oddly enough, the French and Indian War was not a battle between the French and Native Americans but rather a fight between France and Britain to become the dominant world superpower in the North American continent. Washington, a young lieutenant at the time, led a group of English soldiers to secure the Ohio River Valley. Upon arriving, Washington received word that the French had already constructed a fort in the Ohio River Valley and occupied some of the surrounding areas, so Washington launched an attack on the French. Unfortunately, he was outnumbered and outgunned, forcing him into a bitter surrender. When he returned to Virginia, though, he was celebrated as a hero for his bravery.

His fame alongside his military experience made him the natural choice when the continental congress was attempting to put together an army to fight the British during the Revolutionary War. The colonies were facing one of the most powerful armies in the world, and their only path to victory was with Washington. The war was hard, and money was tight, so at times, General Washington, who was eventually worth over 500 million dollars in today’s money, had to fund the army out of his own pocket. Finally, towards the end of the Revolutionary War, General Washington won the Siege of Yorktown, and afterward, his popularity grew to astronomical heights. He was now known throughout the North American continent.

General Washington attended the Constitutional Convention, during which he helped shape the future of the country, and when members at the convention asked him to take charge of the executive branch, he reluctantly agreed.

After eight years as president, Washington chose to step down from the position for a variety of reasons. First and foremost, Washington wanted to prevent the presidency from becoming a lifelong appointment. To be president for the rest of his life would be a little different from continuing the monarchy in England that Americans had fought so hard to be free from. Secondly, Washington was exhausted from his years in office. When he stepped down, he had been a public figure for decades, and throughout his years in the public eye, he managed to set vital precedents in both his actions and during his historic farewell address. It is not implausible to believe that American democracy may not have existed if not for him.

Who Is Included in Presidents’ Day?

Originally, the federal holiday was established to commemorate Washington’s birthday, but many also regard the holiday as a celebration of Abraham Lincoln’s birthday. Lincoln, born February 12, 1809, is the highly esteemed president who helped the United States navigate the Civil War. Because his birthday falls so close to Washington’s, it is easy to lump both into one holiday. Still, others believe Presidents’ Day is intended for all presidents. Although some states specify certain presidents in their holiday name, such as Arizona, which lists the holiday as Lincoln/Washington/Presidents’ Day, there is no wrong way to observe a federal holiday. With the implied ambiguity that comes with the name Presidents’ Day, feel free to pick your favorite president and dedicate it to them.

The Creation of Presidents’ Day

Washington, a humble man, was not known to throw extravagant parties on his birthday. Instead, he occasionally opted to spend time away from the presidency and on his estate atop Mount Vernon. The rest of America, however, was known to throw balls, host parades, and celebrate their president’s birthday, thereby popularizing its celebration during Washington’s lifetime.

After Washington’s second term and famous farewell address, he left the presidency to his vice president John Adams. However, his birthday continued to be a part of the American celebratory canon. In 1879, Washington’s birthday was officially recognized by the 46th congress, but due to payment discrepancies amongst federal workers and issues with the legislation used to establish the holiday, it is generally considered to have been established in 1885, when the legislation was revised such that all federal employees would receive paid leave over the holiday period.

For the first 83 years of Presidents’ Day, the official holiday was celebrated annually on February 22. However, in 1968, Congress passed the Uniform Monday Holiday Act, moving Presidents’ Day alongside three other holidays to a Monday during their respective months. This was intended to convert federal holidays into long weekends instead of disrupting the workweek. On paper, the idea seemed great to Congress, but the new system of celebrating Washington’s Birthday every third Monday effectively made it impossible to celebrate Washington’s birthday on the day he was born as February 22 never falls on the third Monday of February. The celebration of Presidents’ Day on a more arbitrary date bolsters the idea that the day is meant for all presidents, not just for Washington.

If the holiday were left on the 22 of February, that would still be wrong. Washington was technically born February 11, 1731, according to the Julian calendar used at the time. In 1752, Britain switched to the Gregorian calendar, and, at 20 years old, Washington changed his birthdate to February 22, 1732.

Throughout Washington’s life, he gave back to his country without seeking personal gain in return. The founding father lived a life of service and truly exemplified how modern-day Americans should strive to live their lives. Regardless of whom or how you choose to celebrate, Happy Presidents’ Day, everyone.