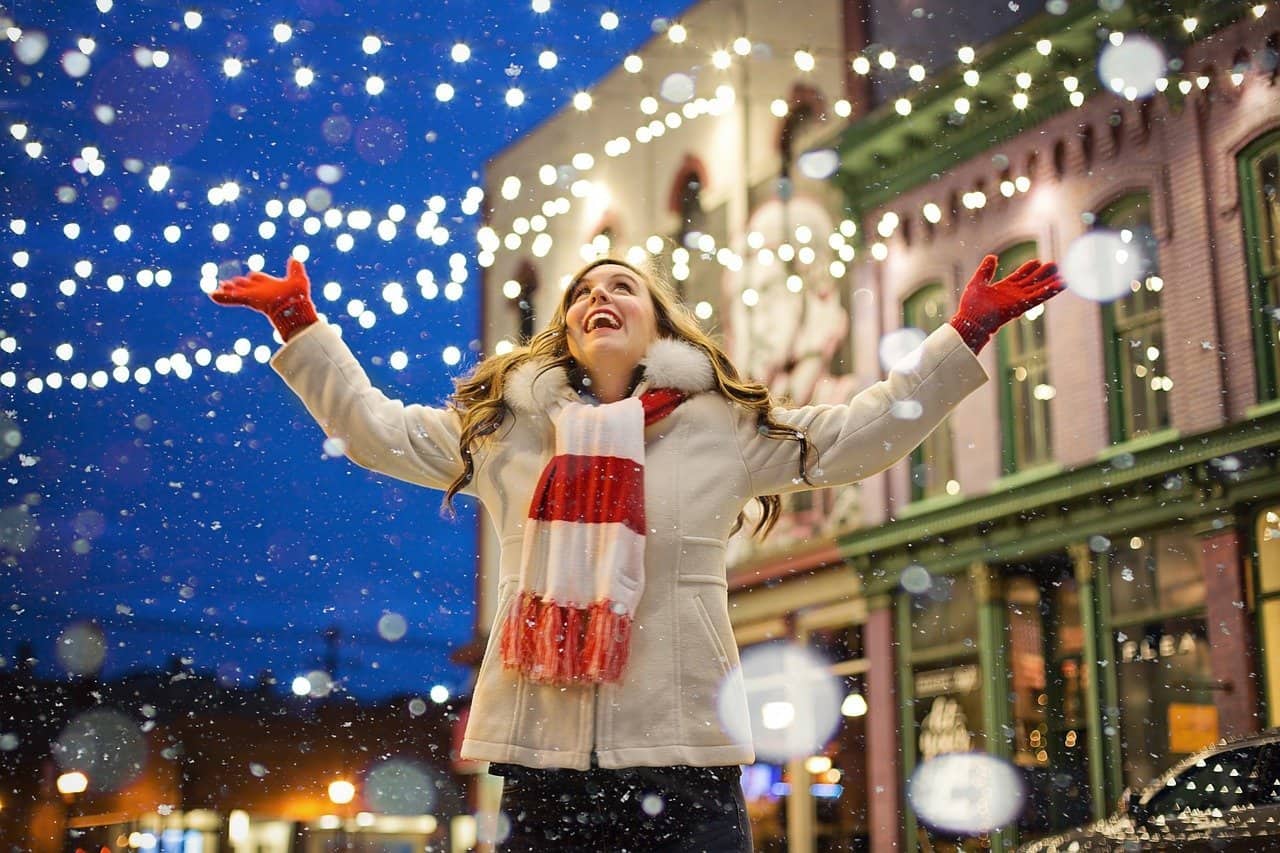 Christmas, as we know it today, is celebrated worldwide with so many customs and traditions. It’s difficult to imagine a world without Santa Claus, feasts, and Christmas trees, but did you know that the customs like these are relatively newer traditions? Early Christians did not celebrate the birth of Christ at all; they celebrated Epiphany, the time where the Magi visited Jesus and bestowed gifts upon him. It wasn’t until 336 AD that Pope Julius I in Rome declared December 25th as the observance of Jesus’ birth as an effort to Christianize traditional pagan celebrations of the solstice.

In 1645, religious parties outlawed Christmas in England for 15 years until Charles the II brought it back in 1660. In 19th century America, the puritans hated Christmas and forbid it as they considered it sacrilegious. During that time, Christmas was a raucous affair with gambling, drinking, and feasting.

It wasn’t until the 1800’s that Protestants began celebrating Christmas as a family event. Christmas, as we celebrate it today, stems from the Victorian Period, when industrialization made it possible for the lower classes to spend more money and take days off to celebrate. Customs that were already present around the world and some new ideas like exchanging Christmas cards became common, and the holiday became a family affair.

Victorian Christmas traditions spread to the states via Godey’s Lady Book, a popular magazine at the time. Christmas wasn’t even an official federal holiday in America until 1870 when Ulysses S Grant signed the bill. While many of our Christmas traditions come from across the world, here is a look at some that surprisingly began right here in the United States.

Washington Irving is widely known for the spooky classic The Legend of Sleepy Hollow, but did you know he also created many of the customs we observe? In his book, The Sketch Book, he wrote fictional stories of English Christmas tales. He created the version of Santa Claus we know and love today, describing him as a jolly, old, pipe-smoking man who flies over the trees bringing gifts. Charles Dickens’s “A Christmas Carol” was inspired by Irving’s tales.

Also inspired by Irving, Clement Clark Moore wrote T’was the Night Before Christmas. The poem first appeared in the Troy Sentinel newspaper in upstate New York on December 23rd, 1823. He combined several European traditions, including the Dutch St. Nicholas, the Norse god Thor’s flying sleigh pulled by goats, and the French and Italian traditions of hanging socks with many new ideas, creating a lot of modern Christmas Eve traditions. This is the first appearance of the eight reindeer who pull Santa’s sleigh through the sky, Santa using the chimney to enter and exit the house, and the practice of gift-giving on Christmas Eve, which was traditionally on December 5th elsewhere.

While Clark established the idea of our modern Santa Claus, Coke helped bring him to life visually. Prior imagery of Santa depicted a stern, gaunt character or more of an elf. In 1930 artist Fred Mizen painted the first Santa drinking a coke at the Famous Barr Co in St. Louis, Missouri. Coca-Cola then commissioned illustrator Hadden Sundblom in 1931 to create Coke’s official version of Santa, a jolly, plump, friendly-looking older man. Contrary to popular belief, however, Coke did not invent Santa’s red suit as a marketing campaign; his iconic look just happened to fit in with the brand’s color scheme. In 2001, the first animated commercial featuring the jolly man aired. Coke’s enigmatic Santa Claus has remained a constant tradition to this day.

The Christmas Classic That Almost Wasn’t

Coca-Cola also had a hand in creating the beloved classic A Charlie Brown Christmas. The original special contained two deleted scenes featuring advertising plugs for the original sponsor, which is ironic considering the message of the anti-commercialization of Christmas is the main plot point. Charles Schultz wrote the special to emphasize the true meaning of Christmas in 1965. TV executives hated it immediately, believing the slow pace, jazz music, and use of children’s voices instead of professional adults would fail with viewers. They were wrong. Over 15 million people watched the night the special aired, and it became an instant classic that has aired every year since.

Rudolph Started as A Marketing Ploy

Today Rudolph the Red-nosed Reindeer is the most famous reindeer of all, but he didn’t start that way. Rudolph didn’t exist until 1939 when department store Montgomery Ward tasked copywriter Robert L May to create their traditional holiday coloring book for children. May created a poem about a bullied reindeer, taking inspiration from his own childhood trauma, and the rest is history. 2.4 million free copies of the book were distributed, and Rudolph became a beloved Christmas character. In 1949, with the help of May’s brother-in-law, the famous Christmas carol was written and sung by Gene Autry. The animated tv classic Rudolph the Rednose Reindeer has been played annually since 1964 when it first aired.

An American Christmas tradition That is Both Loved and Hated

Elf on the Shelf is a new tradition, although it has quickly spread as a beloved favorite of children. The story, written by Chanda Bell in 2005 and illustrated by Coe Steinwart, explains how Santa keeps up with who is on the nice or naughty list. He sends Elves to watch over children and report back to him from Thanksgiving to Christmas Eve. Each book comes with a small keepsake elf that “moves” from spot to spot every night but will lose its magic if touched by a child. The bane of forgetful parents everywhere, the Elf seems here to stay.

The Rockefeller Christmas Tree has been known as a holiday beacon in America for over 80 years. During the Depression, life was often bleak. Workers constructing Rockefeller Center were so happy to have jobs, they pooled their money to buy a 20-foot Christmas tree which they decorated with cheap trimmings like cranberries and tin cans. Three years later, the first official tree was lit, and a tradition was born. The iconic skating rink opened in 1936, making Rockefeller Center a New York Christmas destination.

During WWII, with rations in place, the tree was decorated with wooden stars and decked out in red, white, and blue colors that would make a reappearance after the 9/11 attacks in 2001. Workers string 50,000 rainbows LED lights using scaffolding to reach the top. The tallest tree ever used was a 100 footer in 1999.