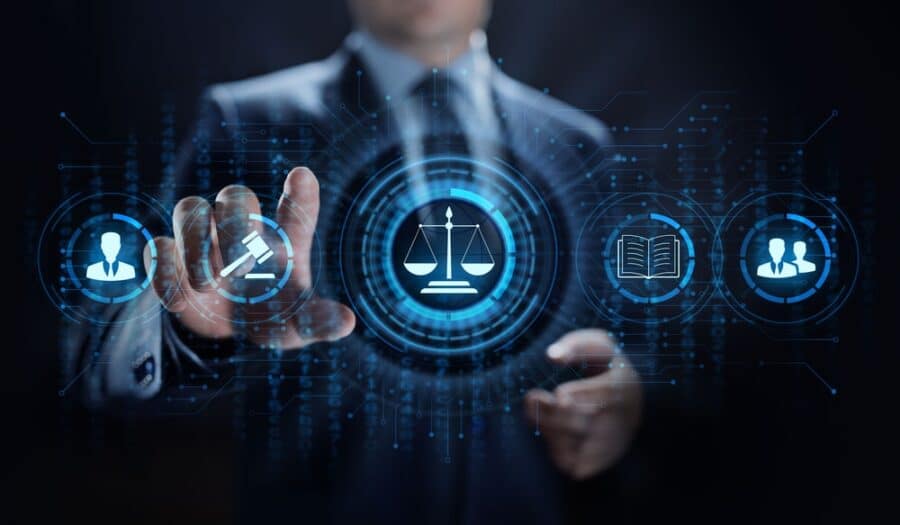 As most people are aware, the United States has labor laws regarding benefits, wages, paid time off, harassment, and more. What many people don’t know about this, however, is that the Department of Labor is the agency that regulates these federal laws and there are over 180 of them. These are applicable to approximately ten million businesses and cover over 125 million employees in the U.S. While all of these laws are important, below is an outline of some of the most significant ones that are relevant to most job applicants and workers.

Most Referenced and Significant Laws

The Family and Medical Leave Act (FMLA) is facilitated through the Wage and Hour Division, whose mission is to “promote and achieve compliance with labor standards to protect and enhance the welfare of the nation’s workforce.” The FMLA mandates that employers with 50 or more employees give workers up to twelve (12) weeks of unpaid leave for qualifying circumstances without the ability to terminate them. The FMLA can be utilized by workers who have a “serious injury or illness” or a spouse/child/parent who is injured or ill, and it can be also used by workers giving birth or adopting a child.

The Fair Labor Standards Act (FLSA) was created to determine a federal minimum wage as well as manage overtime pay standards (which is 1.5 times the regular pay rate) and establish recordkeeping procedures. The comprehensive Act works to ensure workers are aware of their rights under the FLSA and in-depth record keeping is conducted when it comes to pay and overtime. The FLSA also regulates youth employment standards related to how many hours minors can work per week. Depending on local and state regulations, child labor laws may vary slightly.

The Employee Retirement Income Security Act (ERISA) relates to pension plans in the private sector and makes rules regarding reporting and disclosure processes and requirements. The law, administered by the Employee Benefits Security Administration (EBSA), also outlines tax rules for transactions involving these pension plans. Note that this law does not mandate private companies offer pension plans; instead, it makes rules for those that do.

The Occupational Safety and Health Act (OSHA) is one of the more well-known labor laws. In general, this law works to protect employees from dangerous or hazardous conditions in their work environments. Most employers in both the private and public sectors abide by OSHA laws to establish safety in the workplace. Applicable employers are legally obligated to post a notice regarding OSHA laws and workers’ rights. Another component of OSHA law is the right for employees to enter a complaint and/or request a workplace safety assessment/investigation as well as receive workplace safety training.

Title VII of the Civil Rights Act of 1964: Often referred to as simply Title VII, the Federal Trade Commission states that this Act “protects employees and job applicants from employment discrimination based on race, color, religion, sex and national origin.”

Civil Rights Act of 1991: This 1991 Act took Title VII a step further and added tighter laws regarding federal civil rights in the workplace as well as regulations on receiving compensatory damages subsequent to federal claims of intentional discrimination.

Americans with Disabilities Act (ADA): According to the ADA, if a job applicant has or has had “a physical or mental impairment that substantially limits one or more major life activities,” employers are not allowed to discriminate against him or her for it. Apart from the workplace, this law also related to public accommodations, commercial facilities, transportation, and telecommunications.

Harassment Claims: The U.S. Equal Employment Opportunity Commission (EEOC) prohibits harassment in the workplace, which is defined as “unwelcome conduct that is based on race, color, religion, sex (including pregnancy), national origin, age (40 or older), disability or genetic information.” To qualify for federal law protection, the inappropriate conduct must create a hostile or intimidating work environment; therefore, isolated events and low-level nuisances are normally not protected federally. Of course, always check your company policies if you think you are being harassed.

Laws Regarding Pay and Wages

Overtime Pay: As mentioned in the FLSA, non-exempt workers must receive overtime pay “at a rate not less than time and one-half their regular rates of pay” if they have worked over 40 hours a week. This covers non-exempt workers age 16 and up and the rules mandate that it does not apply to overtime worked on weekends or holidays.

Equal Pay Act: While there are various laws regarding sex discrimination, the Equal Pay Act mandates that women who hold “substantially equal” jobs as men must get paid equally. Employers may also not lower employees’ pay to make it equal; instead, if a company is not in compliance, the lower pay will have to be raised.

Unpaid Wages/Back Pay: Generally, back pay refers to money that is due to an employee even after some amount of compensation has been made. Back pay may relate to overtime hours that were worked but not compensated for, or it can relate to a promotion or pay raise. Federal law mandates that money owed to an employee for any relevant reason must be paid by the employer.

Vacation Time: While most employers do provide paid time off (PTO) or some sort of other “time off” policy, the FLSA does not require payment be made for time that wasn’t worked including sick days, vacations, or holidays.

Wage Garnishment: Per the Consumer Credit Protection Act (CCPA) administered by the Wage and Hour Division, if your wages are being garnished for some type of debt such as child support, federal law prohibits your employer from terminating you because of it. The law also maximizes the amount of money that can be garnished per pay period.

Getting Hired (and Fired)

Employment at Will: Most private sector employees are deemed “at-will” employees, which dictates that they can legally be terminated from their employment at any time – theoretically even for no reason – unless it is due to discrimination.

If You Get Fired: If you end up getting fired, know your rights regarding unemployment benefits and wrongful termination claims. Analyze what happened and determine if your employment termination may have been illegal.

Last Paycheck: While federal law mandates you get paid for all of your work, also know your specific state’s law on when you have to receive your last paycheck after leaving a job or being terminated, as many states do not require you to be paid right away.

Workers Compensation: Individuals employed with private companies or state governments should reach out to their state’s specific workers compensation department; however, the federal government also offers workers compensation protection for eligible individuals. These include the Longshore and Harbor Workers’ Compensation Act for certain maritime employees, Energy Employees Occupational Illness Compensation Program Act for eligible energy employees and their families if they have been affected by cancer due to radiation exposure, and the Black Lung Benefits Act, which provides compensation to individuals who developed pneumoconiosis from working in coal mines.

Consolidated Omnibus Budget Reconciliation Act (COBRA): If you’ve been let go or separate from your job, COBRA may allow you to temporarily keep your health insurance for you and your family. This may be expensive depending on your situation, but it allows you to have the insurance until you can find a different job or plan.

Fair Credit Reporting Act (FCRA): Most employers conduct some sort of due diligence investigations into potential hires, which may consist of a background check. Be sure to know your rights behind these before agreeing to a background screening. The Fair and Accurate Credit Transactions Act of 2003 took this Act a step further and added regulations related to the accuracy of records obtained along with identity theft.

Breaks During Work: Federal law does not require employers to offer breaks or lunch time; therefore, meals consumed during working hours do not count as work time. However, while some consider the guidance to be relatively vague, short breaks of between 5 and 20 minutes federally considered “compensable work hours.”

The Affordable Care Act (ACA) Nursing Mothers Provision: The ACA contains a provision for nursing mothers that states employers are required to provide a private space and “reasonable break time” to nurse or express breast milk.

Immigration and Nationality Act (INA): The INA manages regulations regarding foreign workers in the United States. If this applies to you, be sure to make yourself aware of all of the necessary steps you’ll need to take to obtain and maintain your job in the U.S. Also understand that federal law mandates you to request an Employment Authorization Document through the United States Citizenship and Immigration Services if you are not a lawful permanent resident of the U.S.

Youth Labor Laws: The Department of Labor monitors and enforces laws regarding child labor to “protect the educational opportunities of youth and prohibit their employment in jobs that are detrimental to their health and safety.” These laws limit the number of hours minors can work and outline certain work environments that children are prohibited from working in due to safety concerns.

Are you looking for more information on something outlined above, or do you need advice on a different labor law matter? Contact our employment law team today, as we are well-versed in federal labor rules and regulations.