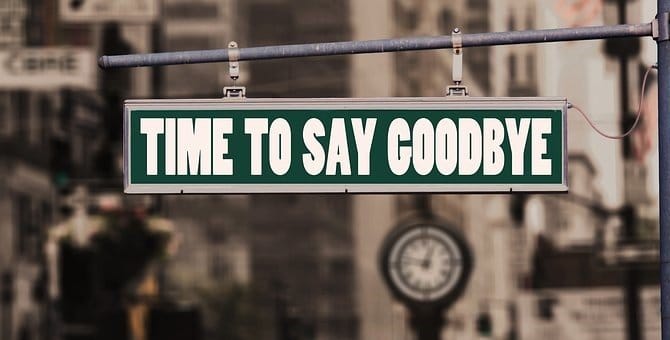 As theopioid crisis ravaged the country, mainstream American became more aware of the dangers posed by certain painkillers. However, there’s another epidemic that doesn’t grab too many headlines.

Instead, this public health crisis is documented in two recent studies. One tracked the drinking habits of 40,000 Americans between 2002 and 2003 and again between 2012 and 2013 reflected an alarming trend in alcohol use. Based on extrapolated data, the JAMA Psychiatry study found that “alcohol use disorders” increased drastically, and that approximately one in eight Americans battle an alcohol use disorder.

Then a different study found that nearly 17 million Americans grapple with some aspect of alcohol addiction. That study also found that alcoholism takes a staggering toll on the American economy, costing industry roughly $186 billion per year based on: lost productivity; damages caused by alcoholic employees; and potential liability for any acts perpetrated by such employees that result in workplace injuries.

While the Americans with Disabilities Act (ADA) and the Family and Medical Leave Act (FMLA) both afford some protection to American workers struggling with alcoholism, it is not absolute.

President Bush signs the Americans with Disabilities Act into law

The Americans with Disabilities Act

Having said that, the ADA also requires that employers make certain accommodations for employees battling alcoholism in certain circumstances. Specifically, you must make “reasonable” accommodations for the employee, such as giving them time off to go to rehab if:

1. They make you aware they have a drinking problem.
2. They must ask for an opportunity to try to remedy it.
3. They can prove that their drinking problem makes it impossible to do their job.

The law does not preclude you from firing the employee if he or she does not make you aware of his or her alcoholism; or if treatment provided during his or her time off does not resolve/improve the issue. You may also terminate an employee whose conduct is so egregious that it could potentially or actually puts others at risk.

The Family and Medical Leave Act

Under the FMLA, employees who take lots of unpaid time off to seek treatment for alcoholism or alcohol use disorder can’t be fired. In fact, they can take as much as 12 weeks off without pay as long as they are seeking professional help.

However, it is important to note that not all employers are covered by the FMLA. To qualify, a business must have at least 50 employees, all of whom work within a 75-mile radius. As a result, a lot of small businesses aren’t mandated to provide leave in accordance with the FMLA.

When an employer can grant leave under the FMLA, an employee must meet certain criteria to qualify for it. He or she must:

1. Have worked at the business for at least one year
2. Have worked at least 1,250 hours in the past 12 months
3. Request FMLA and provide sufficient proof of his or her alcoholism/alcohol use disorder

The FMLA does not:

1. Prevent an employer from disciplining a worker for subpar work or inappropriate conduct not related to their alcoholism.
2. Prevent an employer from firing a worker for subpar work or unacceptable conduct resulting from their alcoholism/alcohol abuse disorder.
3. Afford any protection to workers who engage in illegal activity, are chronically late, vandalize company property, engage in overt insubordination or any other activity that could be considered cause for termination.

A case in point

In one illustrative case, the 7th Circuit Court of Appeals ruled that the Home Depot did not discriminate against a worker based on a disability. It did so largely because she claimed in her sworn testimony that her drinking problem did not interfere with her work or personal life in any way. “ This meant it could not be legally classified as a disability under the ADA. In this particular case, the worker didn’t apply for the FMLA, either.

Now here’s the backstory. After working for the Home Depot for a few years, the employee made it known that she was an alcoholic and asked for help through the Employee Assistance Program (EAP). Home Depot then let her take a month of paid leave for treatment.

After completing rehab, the employee returned to work at Home Depot, where she signed an EAP agreement that contained several stipulations pertaining to her behavior and conduct. By doing so, she agreed that she wouldn’t drink alcohol or be under the influence of alcohol while on the job. She also acknowledged that she would be fired immediately if caught committing either transgression. Finally, she agreed to submit to a blood test if her employer had reason to believe she was under the influence of alcohol at work.

The worker had several discussions with her boss, who adjusted the worker’s schedule so she could go to AA meetings.

Within a few days, police arrested the worker on DUI charges as she was going to work. Because was not on FMLA, the company punished her for being absent. The company also mandated that she go through anEAP evaluation, since the DUI arrest violated the EAP agreement she had entered.

Before the evaluation could be done, the worker was found to be intoxicated on the job. She was fired after a blood test confirmed the finding, prompting the failed lawsuit.

In summary, federal laws – namely the ADA and FMLA – afford limited protection to employees who are struggling with alcoholism. They also allow employers to take disciplinary action and terminate employees for egregious or inappropriate conduct that is directly related or unrelated to alcoholism.