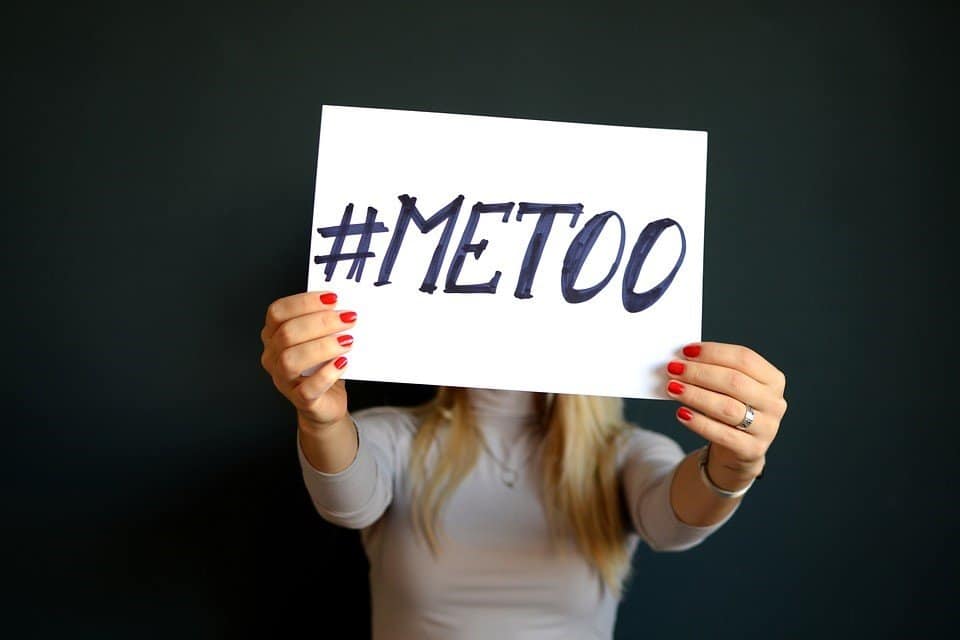 The #MeToo movement has been gaining momentum in the past few years, and more and more victims of sexual harassment have been coming forward. According to the MeToo website, more than 17,700,000 women have reported a sexual assault since 1998.

The movement began in 2006 and in less than six months, the viral #metoo hashtag has sparked a conversation about sexual violence at the national level. And with an increasing number of women stepping forward with allegations of harassment in the workplace, employers of nearly every industry, from Hollywood to fast food, have begun to change their policies.

You’ve likely heard of the many incidents of alleged sexual abuse that has been occurring in Hollywood. Those who have been accused of sexual harassment include James Franco, Morgan Freeman, and Hollywood producers Harvey Weinstein and James Toback amongst an ever-growing list.

These are just the most publicized incidents. What we don’t hear about are the countless cases of sexual assault in businesses across the country. And with each new report of sexual assault, it’s revealed that the human resources (HR) policies in place often encourage acts of sexual harassment and much worse.

Victims often feel they don’t have a proper system in place to report such heinous actions because they accuse HR of not correctly handling improper and inappropriate behavior. In some of the more extreme cases, victims have even blamed HR representatives for covering up for individuals who have been accused of harassment. Keep in mind that the vast majority of those who have been victims of sexual harassment are women.

When it comes to startups, there have been situations where the company didn’t have an HR person in place to resolve issues of sexual harassments. It was only when the situation became public that these companies implemented steps to institute an HR person or department.

As more and more sexual harassment accusations are headlined on the news, businesses have prompted their HR departs to take the appropriate action to stop such situations from arising. Many HR departments have stepped up their training, and have begun hiring external contractors to provide whistleblower services, conduct audits on the culture of the workplace, and other HR related functions and services.

With that being said, HR can only institute so many rules and policies when it comes to sexual harassment in the workplace. Policies become worthless if they’re disregarded by management.

It’s the management of a company that typically has the last say so when it comes to what’s acceptable in the workplace, though there are exceptions to this rule. Wynn, Thinx, and Uber are perfect examples of companies who took appropriate action when their CEOs allowed questionable behavior to go on unchecked.

It’s often suggested that HR professionals should take the initiative and leave their positions if they work for a CEO who shows an unwillingness to take appropriate action when it comes to combating sexual harassment. It comes down to what HR professionals are willing to accept ethically.

An increase in requests for sexual harassment training

Ultimately, the goal of sexual harassment training isn’t just to make employees aware of the issues that plague many workplaces across the country, but to also change the culture in the workplace. Employees should feel safe as they go about their day to day tasks. They shouldn’t have to worry about being targeted for their gender or deal with bullying of any kind.

Sadly, it’s all too common for HR departments to take the blame when no action is taken to resolve a sexual harassment claim. In such situations, the HR department is often seen as protecting the interests of the company. For the HR professionals who take their jobs very seriously and who see themselves as representatives of the employees in their organization, this can be an intensely personal and serious allegation.

One possible way HR professionals can connect on a more personal level with employees is through social media. Apps such as WhatsApp and Slack are fantastic private channels that allow HR representatives to chat directly with employees to resolve grievances.

WhatsApp and Slack are also great for HR professionals who wish to communicate with each other and discuss matters such as how to better handle employee grievances and other HR related topics.

As mentioned before, companies are reaching out to outside agencies for HR services that include establishing hotlines for whistleblowers that allow employees to report on critical matters without the fear of being revealed.

The demand for these services has spiked since an incident involving Uber in which an investigation was launched into the allegations of sexual harassment within the company. During the audit, nearly two dozen employees were fired, and many more received reprimands.

Ever since the incident with Uber, companies have begun hiring law firms to conduct audits. Furthermore, an ever-increasing number of lawyers have started to post information about their business auditing services on their websites.

The problem with one-man HR departments

It’s easy to understand why many startups with smaller budgets employ one man HR departments. The primary issue with such a situation is that the person in charge of HR may not be entirely qualified for the job. They may not have the experience, training, or education to handle specific HR related issues properly.

It’s common practice for the owner of a startup to take on multiple roles while their company is still in its infancy. Often times they’ll wear multiple hats that range from administration to payroll to HR. The problem is that just because someone is willing to take on a specific job role doesn’t mean they’re entirely qualified.

Often, these individuals are just “feeling their way through” and doing what they feel is best. Because they’re untrained, they likely don’t have access to resources that could help them function more effectively in the role as an HR representative.

Unfortunately for the multitasking CEOs out there, taking the common sense approach doesn’t always conform to the best practices that have been established in the industry. Knowing the difference between what feels right vs. doing things by the book can be difficult to identify unless you’ve been trained to tell the difference.

For example, talking to an employee confidentially may prompt the common sense response to keep the situation quiet, especially if the employee asked to remain anonymous. However, best practices dictate that you must investigate serious matters such as sexual harassment, even if that means potentially exposing the whistleblower as a result of the investigation.

The situation brought to the attention of the HR department is what ultimately determines the type of investigation that’s undertaken. A petty disagreement amongst two employees is one thing and can be handled easily. However, sexual harassment is on a different level and warrants a completely different type of action.

HR can only do so much

Even if an HR department is well-established and offers adequate employee training, if the upper management decides not to abide by the rules, then the efforts of the HR department will be for naught.

Commonly, well-established businesses have multiple layers of sexual harassment policies in place, along with a competent HR department, yet incidents of harassment still headline the morning news.

The question that needs to be asked is whether or not the team that leads the organization from the top agrees with the policies set in place by the HR department. The worst case scenario is that the management engages in the behavior that HR is trying to prevent.

Even if they don’t engage in inappropriate behavior, how seriously does management take pressing workplace situations and what steps are they taking to ensure it doesn’t happen again? If the managing team does nothing, that can severely limit the HR department’s capabilities.

When the ethics and morals of the management team don’t align with that of the HR department, a culture of misconduct becomes commonplace. Ultimately, when an HR person is caught in a situation where they know something wrong is being perpetrated, it’s up to that person to act. Unfortunately, that action may be to quit the organization if nothing can be done from their end.

With the #MeToo movement increasing in momentum, HR best practices are more important than ever before. Sometimes, in organizations where the actions of the leadership don’t match with the morals of their HR person, that person may have to pack their bags and leave because ultimately, it’s the employees that matter the most. If the employees best interests aren’t being served, and there’s nothing you can do about it, it might be time to move on to another organization.