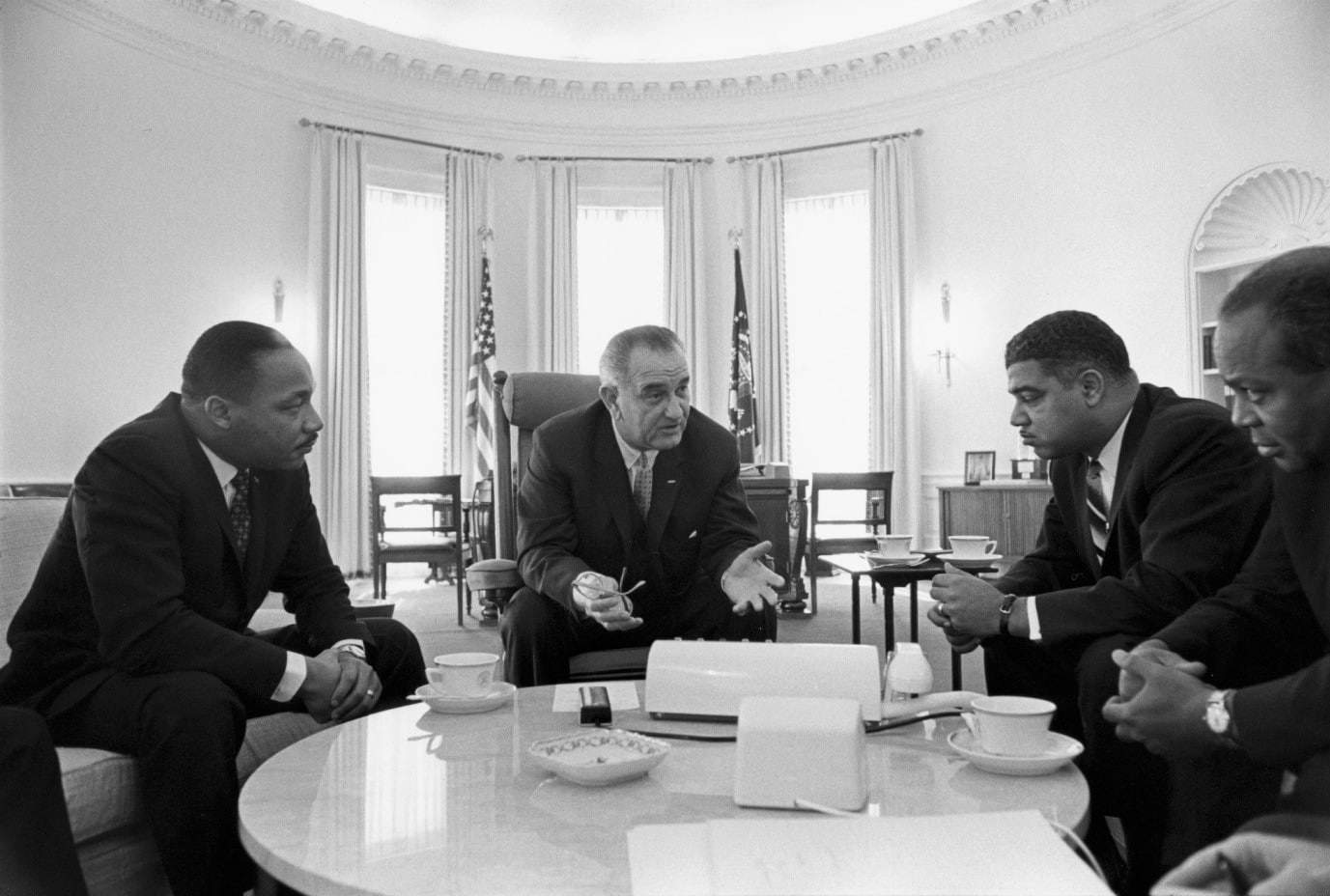 In today’s society, there is a very good possibility that the vast majority of Americans have experienced the effects of affirmative action in one capacity or another.

One of the most common examples of affirmative action can be seen in most college applications.

These applications ask for a person’s ethnic background, family background, and racial background, including institutions and elite colleges like Harvard University and Yale University.

This helps ensure that part of their college admissions decisions results in having diversity on college campuses.

The goal is to cater to all kinds of students, including Asian students and Asian-American students in the student body.

On that note, the federal government instituted affirmative action to eliminate discrimination against those who have been disadvantaged by historic inequalities (like people of color), most especially because of sex, religion, national origin, or race.Affirmative action focuses on providing equal footing in education (a forward action in college admissions), business, employment policies, and employment opportunities.

It required that contractors who did business with the government could not discriminate against any applicant or employee regarding “race, creed, color, or national origin.”

All employers were required to take “affirmative action” to ensure that all employees, especially people of color, were treated equally.

When the order was first given, the intention was never to give these classes preferential treatment of any kind.

The original goal and majority opinion were to eliminate discrimination in the workplace to give all classes an equal opportunity.

Affirmation action truly gained its legal status in 1964 when the Civil Rights Act was passed. It prohibited discrimination in public education, voting, accommodations, and firms with more than 15 employees.

Title VII of the Civil Rights Act was very much similar to Executive Order 10925. It stressed that affirmative action was not designed to give preferential treatment to protected classes.

Even the senators that sponsored the act, Clifford Case and Joseph Clark, made it clear that affirmative action was not created for the sake of giving preferential treatment to certain classes.

The said government officials made this statement to drive the point home: “There is no requirement in Title VII that an employer maintains a racial balance in his workforce.

On the contrary, any deliberate attempt to maintain a racial balance, whatever such a balance may be, would involve a violation of Title VII, because maintaining such a balance would require an employer to hire or refuse to hire on the basis of race.”

The second was the extent to which affected groups would be given preferential treatment and if it would only further the idea of class inequality.

In 1967, President Lyndon B. Johnson extended the reach of affirmative action with Executive Order 11375.

With this latest executive order, women were now added to the list of protected categories with the addition of “sex.” This was a move forward for protecting sexual orientation and ensuring the absence of discrimination.

Affirmative action was also extended to include those with disabilities and included laws that protected those with veteran status.

However, now that those times have passed, an increasing number of people have expressed their displeasure with affirmative action, as supported by public opinion polls.

Many people have labeled affirmative action as “reverse racism” or reverse discrimination.

The point has been made that selecting or rewarding an individual just on the basis of their membership in a protected class or based on geographical origin, rather than their actual accomplishments, discriminates against those who belong to an unprotected class.

The problem has become so prevalent that even members of certain protected classes have expressed their displeasure with affirmative action.

They argue that it’s automatically assumed all protected classes are given preferential treatment and rewarded, even if they are not entirely qualified, causing a loss of respect from their peers.

As mentioned before, most people are afraid of “reverse racism” because members of non-protected classes can potentially be passed over for their status in favor of a more diverse individual.

They also believe that implications of racial classifications do not lead to an equal playing field.

Essentially, the above measures, amongst others, give members of one class an advantage over another.

Of course, the argument goes both ways; either way, the possibility of having an underrepresented minority is almost always there.

Some argue that because of past discrimination, this is fair treatment.

This is the only way disadvantaged groups一such as Asian-American applicants, black applicants, minority applicants, and even female applicants一can gain any real form of equality.

On the other hand, proponents argue that any form of discrimination is wrong no matter whom it benefits because it still gives one class advantages over another.

They argue that unprotected classes (mostly white males and white applicants) should not be punished because of the actions of their forefathers.

Part of efforts aligned with the real goal of affirmative action is what happened at Harvard University.

An activist by the name of Edward Blum filed a lawsuit in hopes of eradicating over 40 years of unfair admissions, including how they factor in admissions.

The university in question, as well as other elite colleges, public universities, and other educational institutions, were asked to reconsider not prioritizing white students and not discriminating against minority students like Asian-American applicants.

Nowadays, most educational institutions ensure that equal access to education is provided. There is an ongoing trend of adopting race-conscious admissions policies.

Also, because of this move for Students for Fair Admissions, there are always students who represent multi-ethnic and multi-racial groups to promote inclusion and avoid outdated practices like legacy admissions and checking race for admissions.

Federal contractors are required to adopt affirmative action programs due to Executive Order 11246.

According to the executive order, contractors must identify segments of their workforce who belong to a protected class and ensure they have proper representation.

If such members are underrepresented, efforts must be made to remedy the issue.

To ensure that all protected classes have adequate representation, contractors must engage in outreach, training, recruitment programs, and other similar strategies to search for and hire qualified candidates.

These candidates should include qualified minority applicants who belong to the targeted protected class.

What Happens When the Government Uses Affirmative Action?

When the government is the employer and uses affirmative action, the Equal Protection Clause of the 14th Amendment of the U.S. Constitution comes into play.

The Equal Protection Clause requires that the government (as an employer) must have a compelling reason for making decisions based on race.

Moreover, this decision must achieve a goal, such as building better employee support programs or gaining more educational opportunities.

According to the U.S. Supreme Court, race-based actions taken in the pursuit of eliminating discrimination in the workplace are not reasons to engage in any form of discrimination.

If a government entity wishes to engage in affirmative action in any capacity, it must show that it has participated in racial discrimination sometime in the past.

Even if the government entity meets these conditions, it may still be very difficult for them to implement an affirmative action policy if the plan isn’t specifically tailored to achieve specific goals.

The ruling by the supreme court stops government agencies from abusing any affirmative action policies they may implement.

For example, plans won’t be able to go on longer than necessary. Also, goals can’t be set beyond proven discrimination in the workplace.

Unlike government agencies, private employers don’t have to abide by the Equal Protection Clause.

However, if they do decide to enact an affirmative action plan, they must still abide by the requirements of Title VII.

The legality of private affirmative action can be difficult to determine. Therefore, the Supreme Court requires a three-part test that they have developed to make this determination.

1) The plan must be temporary.

Affirmative action plans cannot go on indefinitely. The plan should only go on until the effects of discrimination have been undone.

Once this has occurred, the plan must be terminated.

2) There must be factual proof that discrimination has occurred.

Affirmative action plans can be adopted by private employers even if they haven’t admitted to discrimination in the past.

Private employers can also display statistical data that shows traditionally segregated fields that would benefit from an affirmative action plan.

3) The plan cannot be implemented at the expense of the employees who don’t benefit from it directly.

For example, the current workforce cannot be laid off to make room for a more diverse workforce.

The benefit to the new and more diverse workforce would be outweighed by the detriment of the original workforce being laid off.

Putting Together an Affirmative Action Plan

Essentially, affirmative action plans are step-by-step guidelines on how a company can identify members of a protected class that it believes is underrepresented within its organization.

If an organization were to experience this issue, they could consider putting together an affirmative action plan with a specific aim to target underrepresented protected classes.

For example, a company may discover that it lacks Latino employees.

Their affirmative action plan would then be specifically tailored to attract Latino workers and have more of them as applicants for employment.

They may attempt to reach out to predominantly Latino neighborhoods or even enact a flexible policy that favors Latinos.

When an affirmative action plan is implemented within a company, it will almost always conform to the Code of Federal Regulations.

The specific code is 41 CFR 60-2, and it lays out requirements for federal contractors who decide to use an affirmative action plan.

To comply with the Code of Federal Regulations, an affirmative action plan must have the following components:

It seems that the laws that revolve around affirmative action are changing every day.

In 2022, a recent move asks all federal contractors to secure a certification regarding an updated affirmative action plan.

If you believe you’re being denied the benefits of your employer’s affirmative action program or their current policies are illegal, your best bet is to find a lawyer that specializes in employment cases.

A legal professional will be able to audit your employer’s affirmative action program and help you decide what you need to do next.

Courts
US Court of Appeals for the Federal Circuit