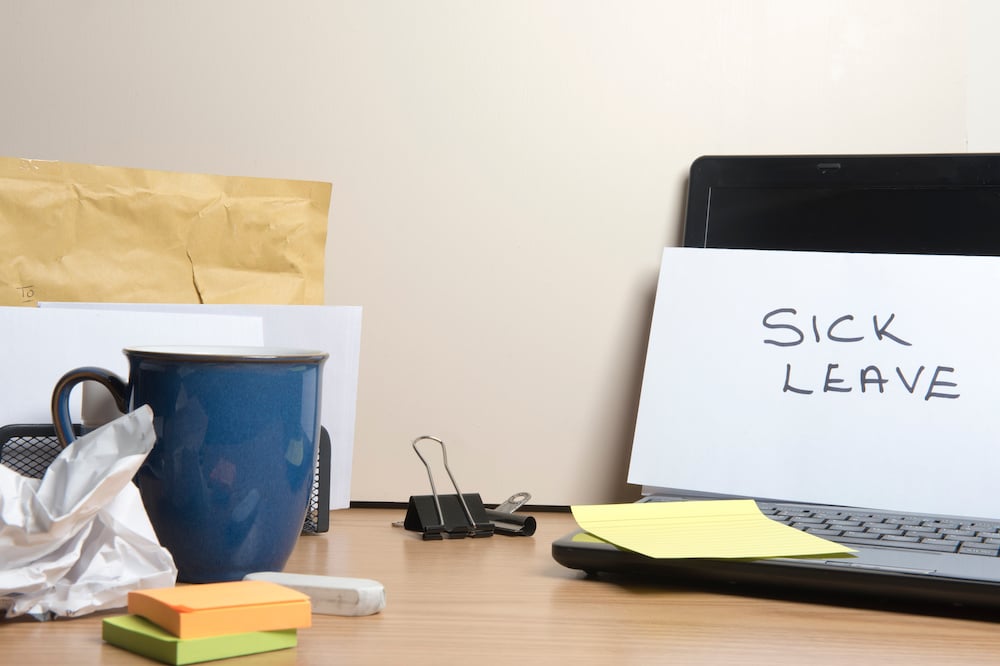 The Fair Wages and Healthy Families Act of 2016 lays the foundation for the sick leave law in Arizona. Under this law, private employers in Arizona are required to provide paid sick leave to employees.

However, the sick leave law in Arizona is quite complicated. There are also some requirements and policies on calculating paid sick leave time, which will be discussed further below.

The Fair Wages Healthy Families Act applies to all private employers in Arizona. While some small companies or employers are exempt from adhering to the minimum wage law, all are required to observe the paid sick leave act.

In line with this, employers in Arizona are compelled to adjust their policies to provide paid sick leave to their employees. In addition, they must post required notices in the office and alert employees of their rights to paid sick leave time.

In addition to the Fair Wages Healthy Families Act, the state of Arizona is also subject to the federal government FMLA, which provides unpaid sick time rights to employees.

Employees in Arizona should be well-updated with their rights to paid sick leave. As such, it must be well-documented in the employee handbook.

The amount of sick leave available and the number of paid leave used must be reported to the employee for each day. Given that, most companies in Arizona use a payroll management system to ensure that records are accurate and updated regularly.

Moreover, such records must be kept for at least four years and should be accessible to employees at any time. Failure to maintain proper records can be a ground for fines and penalties, as it creates a presumption that the employer is not complying with the law.

Employers are also required to create a new time-off policy that incorporates paid sick leave. Those already providing sick leave benefits to their employees before the enactment of the Fair Wages and Healthy Families Act in 2017 will only have to adjust their policy to ensure it covers the minimum paid leave requirements of the law.

The paid sick time law of Arizona serves as guidance for employers in the state. Permanent and temporary employees automatically accrue leave credits, and they can use them right away.

However, for new hires, employers may require them to wait for 90 days before taking sick leave. During such a period, the sick leave of newly hired employees accrues, but they can’t use it yet.

Sick leave can be used for any of the following reasons:

An employee may also take a paid sick leave if their place of business has been closed. The same is true for employees who need to care for a child whose childcare provider has been closed due to a local order or a public health emergency.

Other reasons for paid sick leave include:

For companies with 15 or more people, employees are given one hour of paid sick time for every 30 hours of work. However, paid sick time is limited to 40 hours per year.

For those with lower than 15 staff, employees accrue one hour of paid sick time for every 30 hours of work rendered. That said, it has to be no more than 24 hours in one year. If the employer’s policy allows for a higher limit, then the most favorable condition for the employee will be observed.

As an alternative to accrual, employers may grant unused sick leave to their employees in the form of a lump sum. This, however, should be provided on the 90th day of employment and annually thereafter.

Paid sick time begins to accrue at the beginning of employment. An employee who is exempt from overtime requirements as provided in the Fair Labor Standards Act is assumed to have worked for 40 hours per week to determine paid sick leave accrual.

The Fair Wages and Healthy Families Act only applies to employees actually residing in Arizona. For example, an Arizona company has four employees based in Arizona, 10 in California, three in New York, and five in Colorado.

Employers can have varying policies on when and how an employee should notify them of their absence.

Employees should make a good faith effort to inform their employers when the reason for leave is foreseeable. This applies to scheduled treatments and legal dealings in the case of domestic violence or sexual violence.

Also, employees are required to provide a certain amount of time when the reason for leave is not foreseeable. When an employee uses leave for three consecutive days, the employer can ask for reasonable documentation for the leave, such as medical certification from a qualified health care provider.

What happens if an employee is transferred to another department or location? Since he remains part of the company, he is still entitled to all accrued paid sick leave before the transfer.

What happens when a different employer takes over an existing business or company? In this case, all employees who remain part of the company are entitled to all earned paid sick leave they accrued before the transfer of management. Sec 23-372

At its discretion, an employer may allow their employees to take advanced paid sick leave. This shall be deducted in the employee’s succeeding year’s worth of paid leave time.

When an employee is hired after the start of the year, the employer should create a reasonable projection of the paid sick leave that the employee would accrue from the beginning of his or her employment.

For example, an employer has 20 employees who work 40 hours a week. It hires a new employee with 12 weeks remaining in its year. The employer may reasonably project that the employee will work 480 hours until the end of the year. As a result, this entitles him or her to 16 hours of earned paid sick leave.

According to the Arizona Administrative Code R20-5-1201(25), in no case may the hourly rate to determine sick leave payment be less than the minimum wage.

For employees with multiple hourly rates, the employer should use the average hourly rate of the employee in determining the payment for sick leave time.

For salaried employees, paid sick leave payment is calculated by dividing the salary by the number of hours worked each day. If unknown, the employee uses the salary in the current year divided by 40 hours to determine the rate of the paid sick time. For example, if employee A earns $1500 per workweek, his hourly rate, for paid sick time, is $37.50.