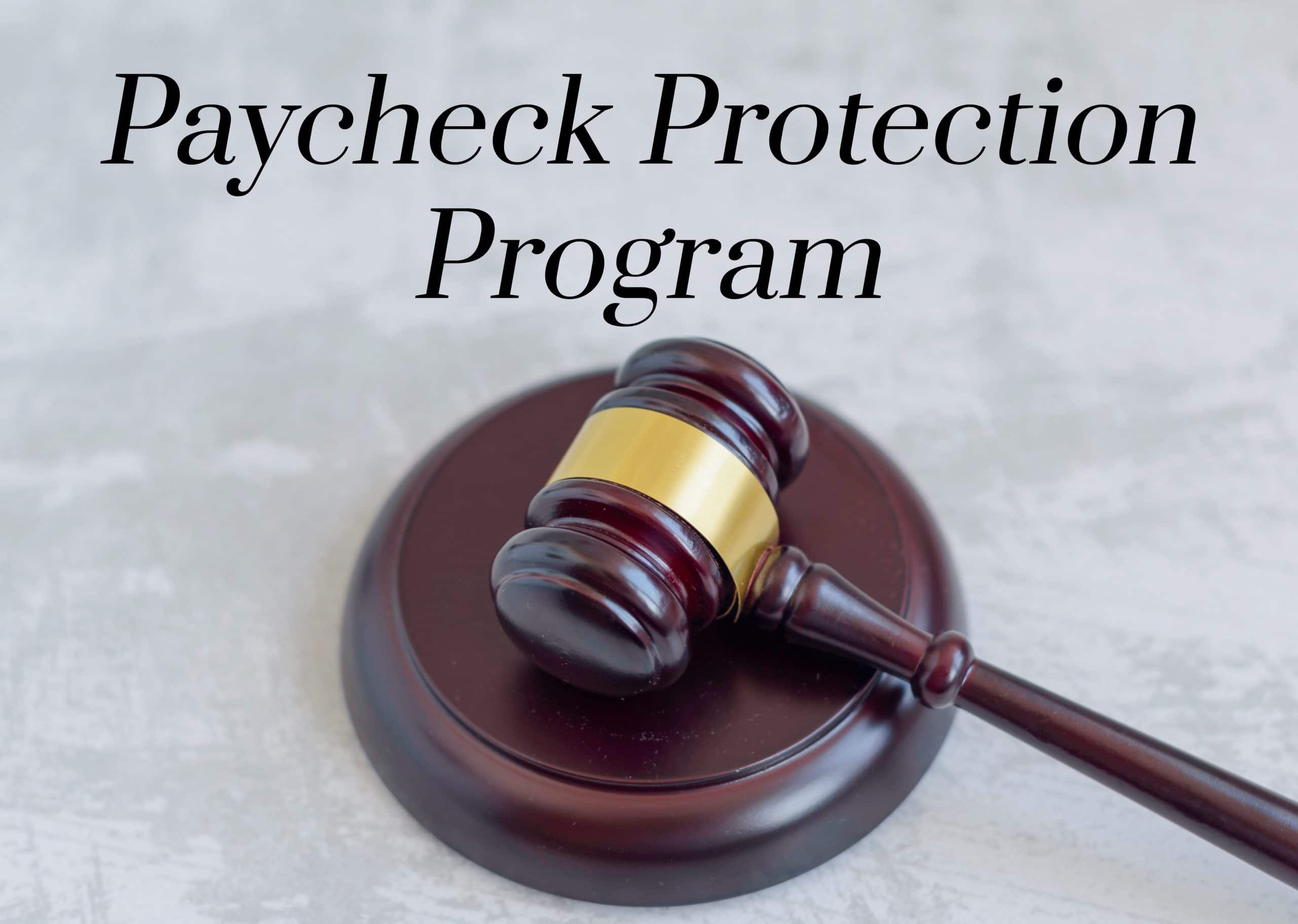 The president signed the Paycheck Protection Program Flexibility Act (PPPFA) into law on June 5, 2020. This bill modifies provisions related to the forgiveness of loans made to small businesses under the Paycheck Protection Program (PPP), which was implemented in response to COVID-19. The new law relaxes provisions of the PPP, making it easier for small businesses to remain eligible for loan forgiveness. The PPPFA is complicated, and small businesses may expect additional guidance to be forthcoming from the Small Business Administration (SBA).

According to the congressional summary of the PPPFA:

the bill establishes a minimum maturity of five years for a paycheck protection loan with a remaining balance after forgiveness. The bill also extends the covered period during which a loan recipient may use such funds for certain expenses while remaining eligible for forgiveness. The bill raises the non-payroll portion of a forgivable covered loan amount from the current 25% up to 40%.

The bill extends the period in which an employer may rehire or eliminate a reduction in employment, salary, or wages that would otherwise reduce the forgivable amount of a paycheck protection loan. However, the forgivable amount must be determined without regard to a reduction in the number of employees if the recipient is (1) unable to rehire former employees and is unable to hire similarly qualified employees, or (2) unable to return to the same level of business activity due to compliance with federal requirements or guidance related to COVID-19.

Additionally, the bill revises the deferral period for paycheck protection loans, allowing recipients to defer payments until they receive compensation for forgiven amounts. Recipients who do not apply for forgiveness shall have 10 months from the program’s expiration to begin making payments.

The bill also eliminates a provision that makes a paycheck protection loan recipient who has such indebtedness forgiven ineligible to defer payroll tax payments.

Lastly, the bill is designated as an emergency requirement pursuant to the Statutory Pay-As-You-Go Act of 2010 (PAYGO) and the Senate PAYGO rule.

Under the PPP, small businesses (those with fewer than 500 employees) were required to spend 75 percent of their loan on payroll. Under the PPPFA, that percentage has been reduced to 60 percent. This allows businesses to devote more of their loan amount to overhead expenses such as rent, mortgage payments, utilities, and interest on loans. The PPPFA also extends the PPP program’s covered period from June 30 to December 31, 2020, and gives employers twenty-four weeks rather than eight weeks to spend their PPP loan. This extension of time to spend the loan should help businesses reopen while using the loan to cover expenses. The new law also gives businesses five years (at 1 percent interest) instead of two to repay whatever part of the loan that is not forgiven. The PPPFA also extends the deadline to rehire workers to December 31. Congress added a letter to the bill stating that the PPP loan period closes to new applicants June 30, so small businesses interested in obtaining a loan have little time to apply.

According to Paul Merski, Executive Vice President & Chief Economist at Independent Community Bankers of America, “Much more needs to be done on this bill.” He adds: “This is largely a Senate punt on fixing the issues with the PPP program.” CNBC quotes Richard Hunt, president and CEO of the Consumer Bankers’ Association, as saying that the complex requirements of the PPP program have made some small businesses wary of taking out a loan, even with the forgiveness provisions in place. “The fear factor is real,” Hunt said. “The 75/25 formula, maybe that was too high, and the rules are too complex.” The new 60/40 split on payroll may increase interest in the program, but its rules are still complex.

Businesses that receive funds under the PPPFA face numerous rules to abide by to receive loan forgiveness. For example, according to Forbes, “employee compensation eligible for forgiveness is still capped at $100,000, and until further guidance, employer owners and contractors are still capped at $15,385.” Businesses are also required to rehire idled employees by December 31, 2020. If employers cannot rehire, they must document in writing that an employee rejected an offer to rehire. Further, Forbes states that “a business can still receive forgiveness on payroll amounts if it:

Clearly, employers will need to document the payroll payments they make, the hiring levels they maintain until December 31, and their attempts to return to the same level of business activity before the virus hit. Also according to Forbes, “the PPPFA also allows borrowers to take advantage of the CARES Act provision allowing deferment of the employer’s payroll taxes for Social Security. Previously, PPP did not permit deferment of these taxes on the forgivable portion of the loan.”

According to Forbes (citing the PPP faqs), “the SBA could audit any loan at its discretion to determine if “the borrower may be ineligible for a PPP loan, or may be ineligible to receive the loan amount or loan forgiveness amount claimed by the borrower.” This is one reason for a small business to be wary; it could find itself required to repay the loan in full, even if it makes a good faith effort to abide by all the rules.

Some lawmakers have expressed an intent to seek further technical changes and clarifications to the PPPFA in the coming weeks, so further changes may be forthcoming. In any event, the SBA’s recently-issued Loan Forgiveness Application Form and Loan Forgiveness Interim Final Rules will need to be amended to account for the new deadlines and extended covered period.

Employers can expect the new law to result in changes to the rules regarding PPP loans, and with any luck, the new rules will make compliance easier.

The PPPFA has extended the time of loan coverage to December 31, 2020, allowed for more funds to be spent on overhead expenses rather than payroll, and allowed for more time to repay loan amounts not forgiven. The SBA still may audit any loan, even those under $2 million, so businesses should be careful to document their use of loan amounts. Eligibility for loan forgiveness remains complicated, so businesses should make sure they are following the SBA’s guidelines.

Lost password?
Can't find what you need or have a question about one of our products?
CONTACT US
We're happy to help!
© 2021 The Lunt Group LLC All Rights Reserved. Terms of Use | Disclaimer | Privacy Policy | About Us | Contact | Sitemap
FREE EMPLOYMENT LAW UPDATES
Employment laws can change in a moment. Sign up for out free email updates to stay informed.