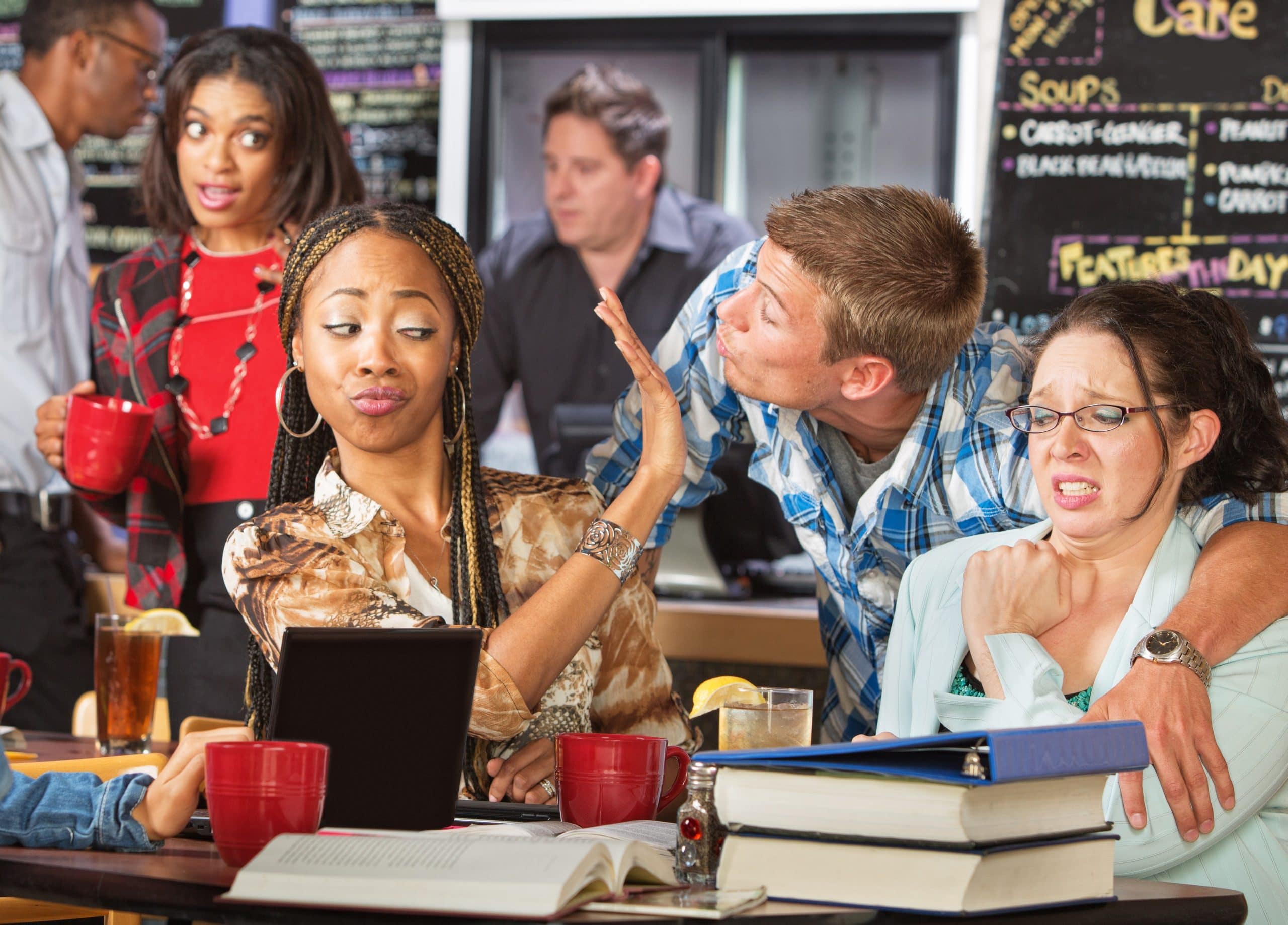 As reported in the Cut, McDonald’s workers went on strike to protest sexual harassment. In 2018, workers “voted to go on a one-day strike…in an attempt to pressure management” into taking more serious steps toward reducing harassment. And in 2019, according to Vox, “A group of 25 women in 20 cities said Tuesday that they had just filed sexual harassment complaints against McDonald’s with the US Equal Employment Opportunity Commission.” Other suits have moved on to the court system. The Vox article quotes “Maribel Hoyos, who recently quit her job at a McDonald’s restaurant in Tucson, Arizona….Hoyos said she and her teenage daughter, who both worked at the same restaurant, were punished for complaining about a manager who repeatedly groped them and made unwanted sexual advances. ‘I was passed over for a promotion, my work hours were cut and I was cut out of [a] managers’ training program.'” The article also mentions a 2015 strike against sexual harassment.

As the 2015 and 2018 strikes indicate, this problem at McDonald’s is not new. In an article from last year, the Cut reports that “McDonald’s rampant sexual-misconduct problem is no secret: Over the past couple of years, an increasing number of employees have turned to legal and collective action to demand the company listen to its most vulnerable workers.” Another McDonald’s worker, Jenna Ries, reports that another employee sexually harassed her, “grabbing her crotch and calling her a ‘cunt’ and ‘whore.'” Ries “repeatedly asked her supervisor to talk to her harasser or let her transfer restaurants; instead, she was ridiculed at work and her hours were cut….She was eventually transferred to another restaurant, while her alleged harasser remained employed at her original workplace.” The problem evidently went all the way to the top: The CEO of McDonald’s was fired in 2019 after engaging in a relationship with an employee that violated company policy.

McDonald’s public response to these multiple allegations of pervasive sexual harassment has been tepid. Among its news releases is one praising the restaurant chain for launching a “Push for Gender Balance and Diversity. Another communication cites how “McDonald’s ‘Better Together: Gender Balance & Diversity’ strategy aims to improve women’s representation & gender equality in career advancement.” A third states that “Human rights are universal rights that are intrinsic to every human being; they include the right to equality and freedom from discrimination.” A search of the McDonald’s web site revealed no statements directly addressing the many sexual harassment lawsuits it has been facing nor a clear statement of policy addressing the issue. Further, according to Reuters, “The company has argued that it cannot be held responsible for harassment in its franchise restaurants, and a federal appeals court in California agreed with that view last year.” The vast majority of McDonald’s restaurants are franchises, with a small percentage owned directly by the company. The Cut reports that the restaurant chain has implemented “an anonymous reporting hotline and sexual-harassment training. However, many feel these steps are inadequate.”

If McDonald’s has an anti-sexual harassment policy that is delineated in an employee manual, that is not easily found on its company web site. The Cut cites “Tanya Harrell,” who “filed a complaint with the U.S. Equal Employment Opportunity Commission in May, along with nine other women….In an interview with U.S. News, Harrell slammed McDonald’s for their disingenuous claims about how seriously they take workplace harassment. ‘They want people to think they care, but they don’t care,’ she said. ‘They could do a way more better job.'”